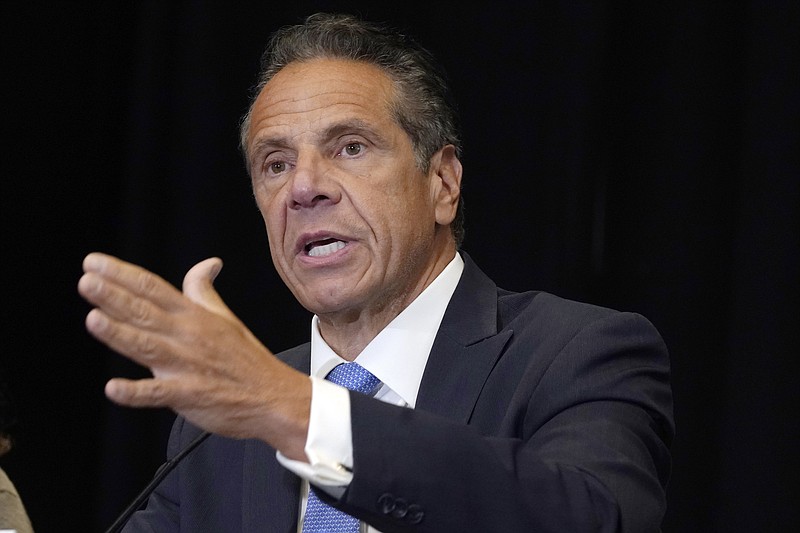 ALBANY, N.Y. -- State lawmakers told Gov. Andrew Cuomo on Thursday that their ongoing impeachment investigation is almost done and gave him a deadline of Aug. 13 to provide additional evidence.

Since March, the Assembly's judiciary committee has been investigating whether there are grounds to impeach the Democratic governor over sexual harassment allegations, misleading the public about COVID-19 outbreaks at nursing homes and using state resources and staff for his $5 million book deal.

In a letter sent Thursday, the law firm leading the investigation, Davis Polk & Wardwell, reminded Cuomo's legal team that it has subpoenaed certain documents and expects "full compliance from the governor," but that his time to respond was almost up.

"We write to inform you that the Committee's investigation is nearing completion and the Assembly will soon consider potential articles of impeachment against your client," they wrote. "Accordingly, we invite you to provide any additional evidence or written submissions that you would like the Committee to consider before its work concludes."

The committee has scheduled its next meeting on the matter for Monday.

Findings from an independent investigation overseen by state Attorney General Letitia James released earlier this week said Cuomo sexually harassed at least 11 women, and that his administration retaliated against at least one of them for going public with her allegations.

Cuomo has denied making any inappropriate sexual advances and insists the findings don't reflect the facts. He's resisted numerous calls for his resignation from most of New York's top Democrats and from national figures like President Joe Biden.

The governor had no public events planned Thursday, and has not made himself available to reporters since the report's release Tuesday.

District attorneys in Manhattan, suburban Westchester, Oswego, and Nassau counties and the state capital of Albany said they asked for investigative materials from the inquiry to see if any of the allegations could result in criminal charges. Oswego County District Attorney Greg Oakes told WSYR-TV that he will begin investigating an incident involving a woman who testified that Cuomo ran two fingers across her chest and grazed the area between her shoulder and breasts at an upstate conservation event in May 2017. One of Cuomo's accusers said he groped her breast. Others have said he gave them unwanted kisses or touched parts of their bodies in ways that made them uncomfortable.

Nearly 60% -- at least 89 -- of the Assembly's 150 members said they would impeach Cuomo if he doesn't resign, according to a tally by The Associated Press based on interviews and public statements.

That's more then the simple majority needed for an impeachment vote. Assemblymember Sarah Clark, a Democrat from Rochester, said colleagues who were once hesitant to call for Cuomo to leave office are now all calling for his resignation or impeachment. 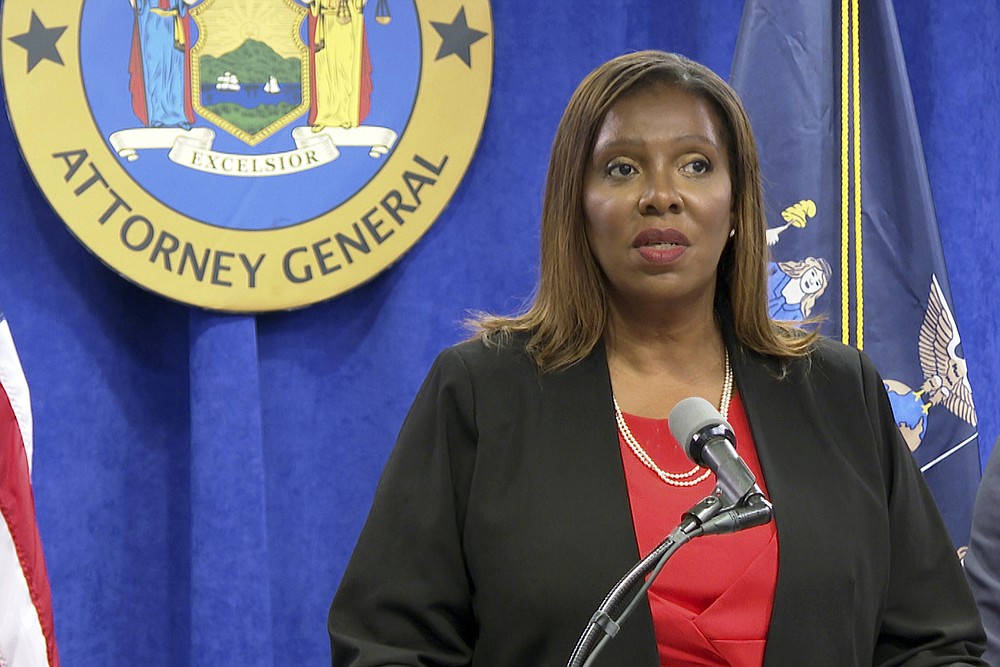 New York State Attorney General Letitia James speaks at a news conference, Tuesday, Aug. 3, 2021, in New York. An investigation found that New York Gov. Andrew Cuomo sexually harassed multiple women in and out of state government and worked to retaliate against one of his accusers, James announced Tuesday. Now state lawmakers are telling Gov. Andrew Cuomo that their ongoing impeachment investigation is &quot;nearing completion&quot; and gave him a deadline of Aug. 13 to provide additional evidence. (AP Photo/Ted Shaffrey) 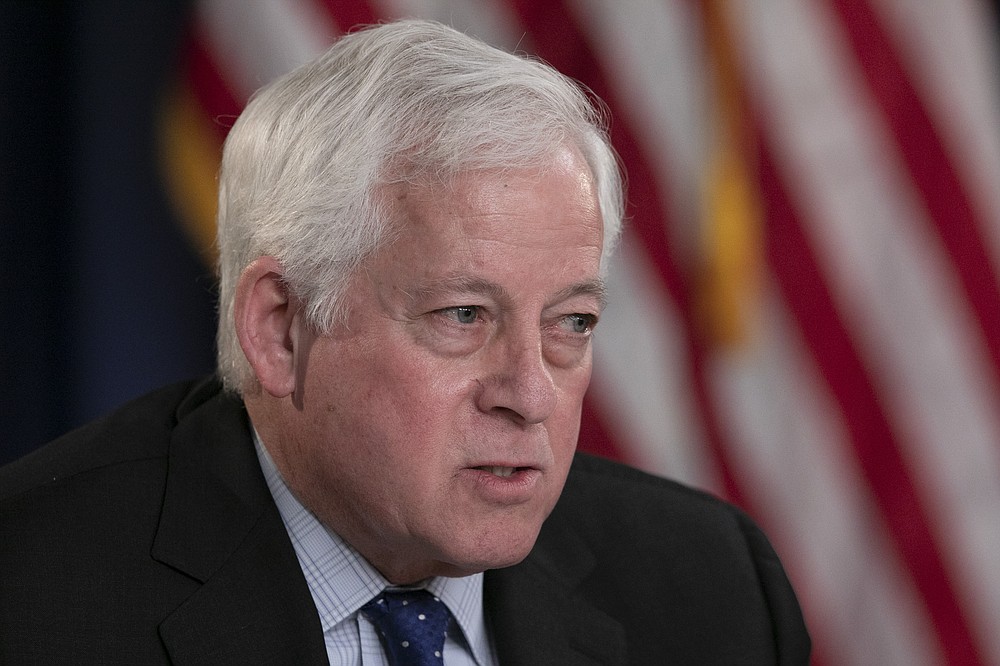 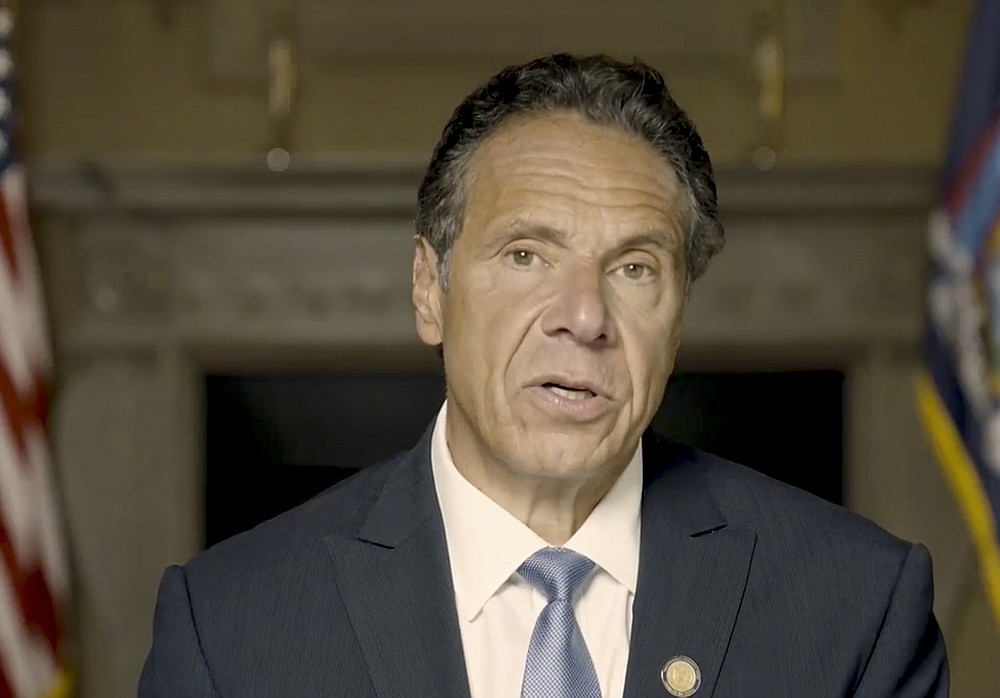 FILE - In this image taken video provided by Office of the NY Governor, New York Gov. Andrew Cuomo makes a statement in a pre-recorded video released, Tuesday, Aug. 3, 2021, in New York. In his response to an independent investigation that found he sexually harassed 11 women, Cuomo cited his own family member's sexual assault to explain his behavior with accuser Charlotte Bennett. That component of his statement came under criticism from sexual assault survivors, their advocates and even crisis public relations managers. He offered an apology to just two of his accusers, which was publicly rejected by one, and flat-out denied allegations that he inappropriately touched anyone. (Office of the NY Governor via AP )