District title on the line today 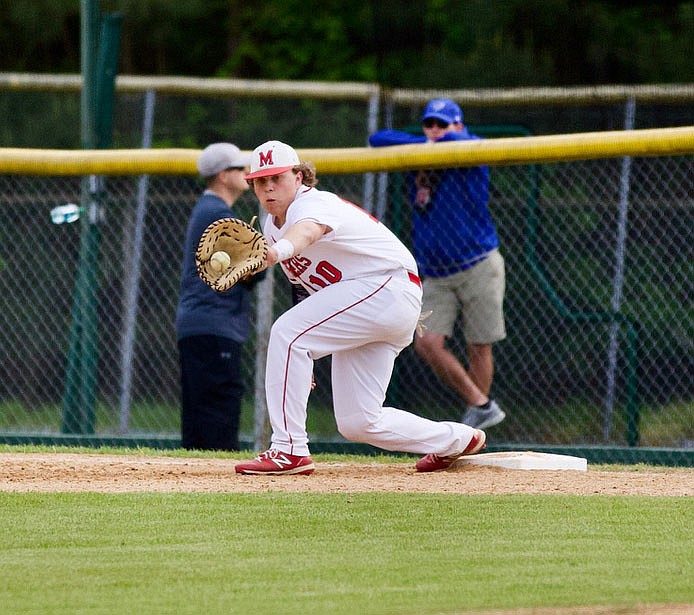 Magnolia’s Hunter Buford makes a catch thrown to him at first base.

Today, the Panthers will either share the 4A-8 District crown with Camden Fairview or claim the title outright when they battle the Cardinals for the second time this season. Action in Camden is set to begin at 5 p.m.

Magnolia has won 8 of its last 9 conference games and is riding an eight-game winning streak. Their last loss was a 5-4 setback to the Cardinals on March 30 at Panther Field. Magnolia is 11-2 in league play, while the Cardinals are 10-3. Warren (9-5) sits in third place, followed by Star City (7-7) and Crossett (7-7) tied for fourth. Nashville will host the Class 4A South Region Tournament and the Class 4A State Tournament will be played at Morrilton.