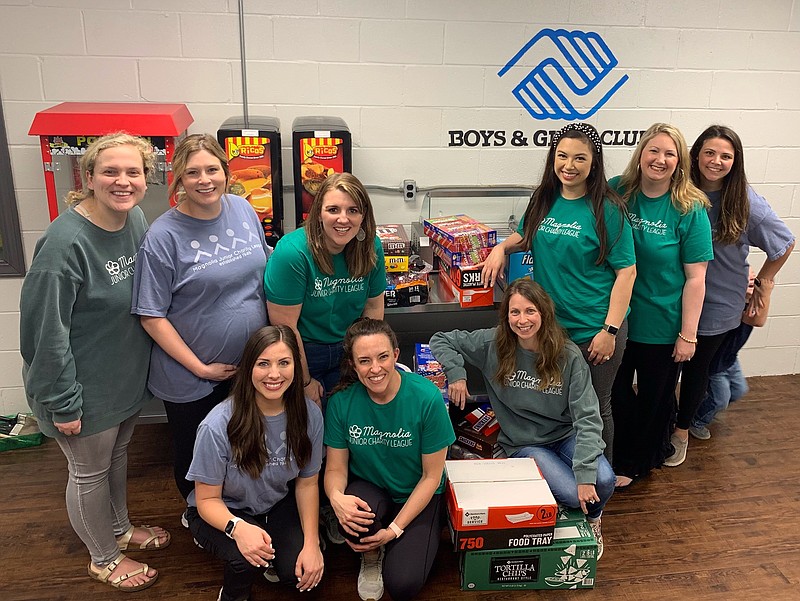 The concession stand at the Boys and Girls Club of Magnolia has been completely renovated, a task that Director Deniesa Jamerson said was a priority once she and Sports Director Chris Ludwig took over management of the facility last year.

“It was a sight for sore eyes. It was time for a change. A lot of the equipment was outdated,” said Ludwig.

“They (did) everything. They started the ‘Spread the Love’ fundraiser using Columbia County Yard Signs, putting Valentines Day yard signs in your yard for a fee and there was a card attached to that to spread the love, paying it forward to someone else,” said Jamerson. “The proceeds from that fundraiser were used to remodel the concession stand. They did everything from cleaning it, gutting it out, they painted it and ordered all the new equipment. Everything you see is due in part by their efforts, their work and their service. Not only did they purchase the things, but they did the service work by putting it in here and making it a functioning concessions stand.”

The concession stand is used for after-school activities and for all sporting events at the Boys and Girls Club, with one set of windows facing the basketball court and two windows facing the baseball and softball fields. Jamerson said that concession sales go directly back into the club, with after-school sales going into the general operating fund and sales during sporting events going directly into that sports use, funding that ensures playing surfaces are maintained, referees and umpires can be hired for events and any other needs for those sports are met.

The newly renovated concession stand will make its debut today during the Magnolia Boys and Girls Club Baseball and Softball Jamboree, which will kick off the bat and ball season that begins on April 5 and ends on the first of June.

With the recent termination of a statewide mask mandate by Gov. Asa Hutchinson, Ludwig said that he will not be requiring players to wear their masks in the dugouts, but he would encourage them to do so due to the confined space lacking the ability for players to maintain social distancing. And like high school sports, the softball and baseball players of the Magnolia Boys and Girls Club will not be required to wear their masks while on the field.

More changes are coming to the Magnolia Boys and Girls Club, including the addition of a summer camp to the list of events they will host in 2021. The summer camp will last for four weeks, beginning on June 7 and ending on July 2. Every week day, the facility will be open from 8 a.m. to 5 p.m. for student members who are in first through sixth grades, including those who have completed Kindergarten. Jamerson said that the summer camp will be exciting and jam-packed with activities and visitors throughout the day. She also stated that the BGCM will be providing a meal each day for those attending.

“The Magnolia Junior Charity League has done a lot and they reached out to a lot of other businesses and companies to be able to help pull this together,” said Jamerson. “We would like to say thank you to everybody who has had a part in helping revitalize the Boys and Girls Club here in Magnolia. We are ecstatic at the overwhelming support we continue to get and the generosity from the community and the understanding that the Boys and Girls Club is a staple in the community. It’s what the kids need. (Chris and I) are here for the long haul. When we took over, we didn’t come to sit down, we came to work. Whatever it takes to make sure our kids have the advantages they need in order to have a successful future.”