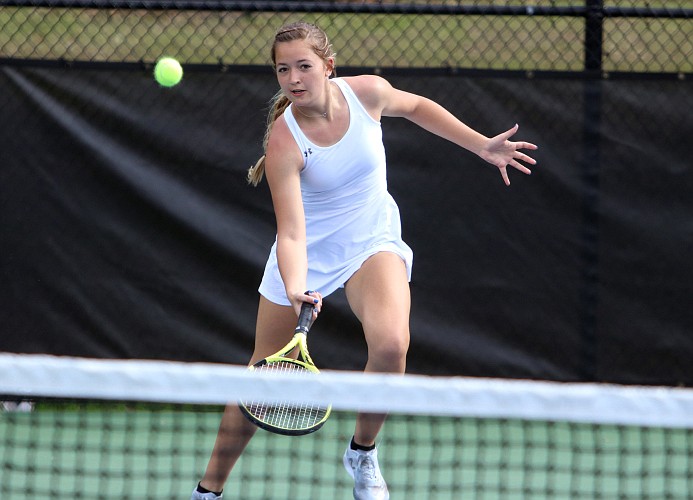 It was a tough Thursday afternoon for the Southern Arkansas men’s and women’s tennis teams against Harding.

In the men’s contest, Southern Arkansas saw three singles matches go unfinished as junior Sander Jans, sophomore Marko Nikoliuk and freshman Ole Valkyser all battled to a deciding set at lines No. 1, 3 and 4 respectively. Nikoliuk and doubles teammate sophomore Yuri Gondouin claimed a win at No. 2 doubles with a 6-3 decision over Dani Ortiz and Arthur Bellan.

The women dropped the doubles point with freshmen Sarah Roy and Kalley Smith leading 4-3 over HU’s Roman Britt and Lindy Carpenter. Sophomore Lena Milosevic was the lone singles winner for SAU in the defeat as she topped Emily Carpenter 6-3, 6-1. Unbeaten freshman Honoka Yoshimura beat Lindy Carpenter 7-5 in set one before the match went unfinished in set two with a 4-4 tie.

The Lady Muleriders return to action on Monday in Russellville for a GAC match against Arkansas Tech. The Muleriders will play on Tuesday at home vs. Ouachita.

In related news, Valkyser was recently named the MIAA-GAC Men’s Tennis South Division Player of the Week. It was his first career weekly honor as a Mulerider after helping SAU top Oklahoma Baptist 7-0 in the MIAA-GAC opener on March 27.

A native of Monchengladbach, North Rhine-Westphalia, Germany, Valkyser earned his fifth win at No. 4 for SAU this spring and ran his overall win-loss singles ledger to 8-2 after defeating the Bison’s Christian Siegle 7-5, 6-0. In doubles action, he teamed up fellow freshman Gabriel Breitenmoser and the duo recorded their seventh doubles victory this campaign with a 7-6 (3) edging of OBU’s Christian Siegle and Kyler Melton.