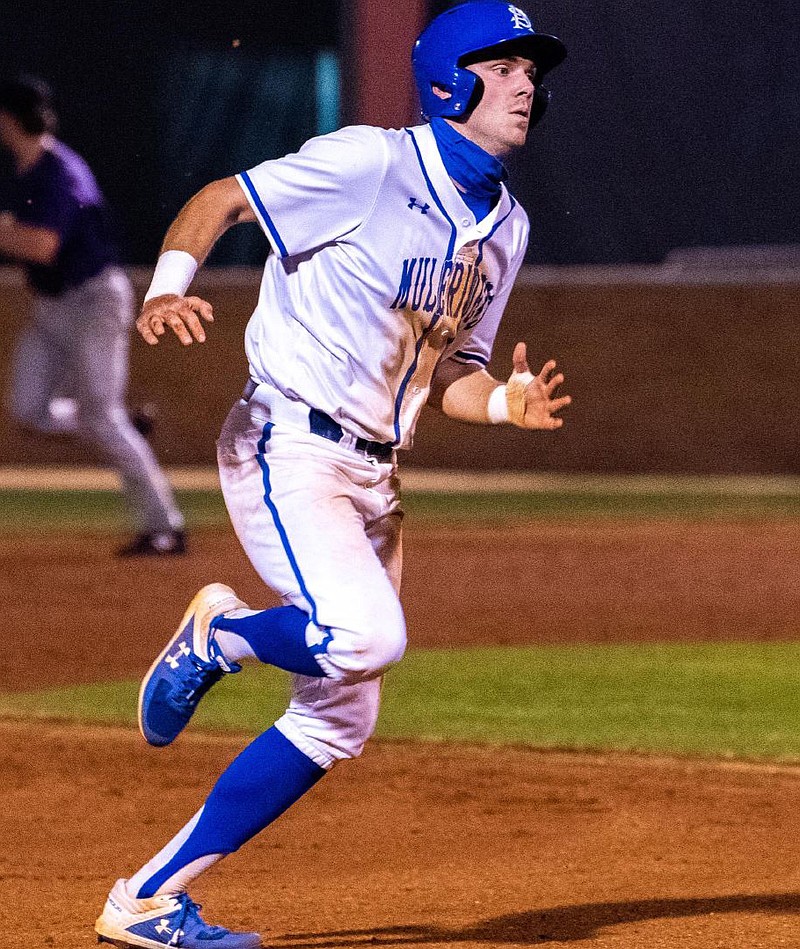 SAU senior Kobe Morris runs the bases following a hit. He and the Muleriders will play a three-game GAC series this weekend against Henderson State in Arkadelphia. The first game is set for 6 o’clock tonight. (SAU Sports)

Southern Arkansas (15-5, 11-4 GAC) heads into this weekend GAC series with Henderson State riding a eight-game winning streak. At 6 tonight, the Muleriders and Reddies will square off in Arkadelphia and then meet in a doubleheader Saturday beginning at 1 p.m.

The Muleriders have won eight straight games and 11 of their past 12. At the halfway point of the regular season, they are in a three-way tie with Oklahoma Baptist and Arkansas Tech for first place in the standings. After this weekend, SAU will move out of league play by traveling to Cleveland, MS, Tuesday to battle Delta State.

SAU swept Southeastern Oklahoma last weekend by scores of 9-1, 5-3 and 8-2. It was quality pitching on the mound that led to the three victories.

Offensively, the Muleriders continued to produce a combined 13 runs on 19 hits in the doubleheader against the Savage Storm. Kobe Morris recorded three of SAU’s eight extra-base hits as he collected two doubles and a home run while stealing two bases as well. He scored four runs and recorded an RBI.

Tucker Burton hit a double and a home run as did sophomore Ty Manning who finished the twin-bill with four hits. Austin Baker recorded three hits and his next one (No. 209) will move him into a tie for eighth place with former Mulerider T. Ritz (1989-92) on the program’s all-time hit list.