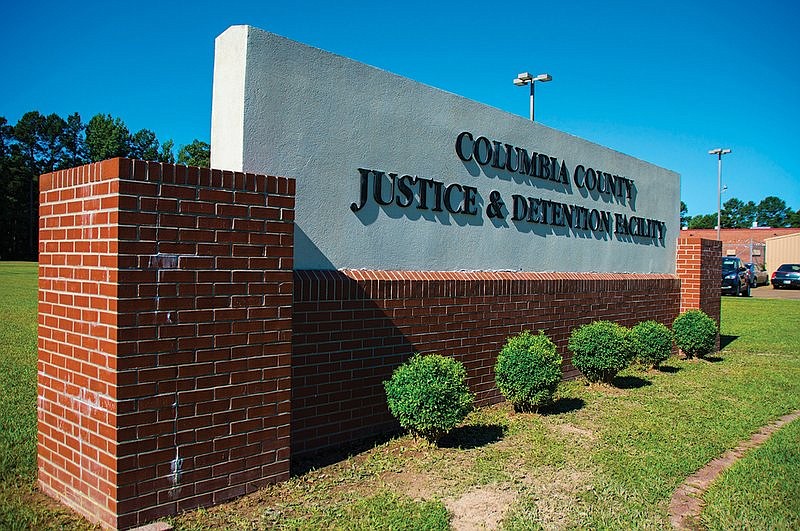 FILE - In this Aug. 4, 2009 file photo, a crop duster sprays a field in Alabama. A study published in the journal Science on Thursday, April 1, 2021 finds that farmers in the U.S. are using smaller amounts of better targeted pesticides, but these are harming pollinators, aquatic insects and some plants far more than decades ago. (AP Photo/Dave Martin, File)

Angela Michelle Jack, who is facing a first-degree domestic battery charge, came before the court without her attorney present. Judge David Talley asked her if she hired an attorney, with Jack responding that her attorney, Ricky Hicks of Little Rock, was currently in El Dorado handling another hearing. Jack was scheduled for the 9 a.m. time slot on the court docket and waited for her attorney until after the court’s recess at 11 a.m.

At around 10 a.m., Talley looked into the court and asked one of the attorneys present which case he was handling.

The attorney, Chuck Trantham, stated that he was handling a dispute with Car-Mart, which caused Talley to raise an eyebrow and look over at the prosecuting attorneys on the right of the courtroom. After a short deliberation, prosecuting attorney Ryan Philips told Trantham that he was in the wrong courtroom and instructed him to go to the Columbia County Courthouse where “they were waiting on him.” He thanked the court and left abruptly.

Merrick Joseph Young II, who is facing charges of fleeing, careless and prohibited driving and driving left of center, was scheduled for the 9 a.m. time slot but did not appear. His attorney, D. Price, stated that it was possible that Young may have gone to the wrong courthouse.

At around 10:30 a.m., Price spoke with Judge Talley and the prosecutors about his client. He stated that Young’s ticket had a scheduled court date for April 13 with the district court and that Young thought it was the only court that he had to go to. The mistake was doubled down by Price’s office, which he stated failed to send his client a letter that would state his need to appear before Judge Talley on April 1. No issue was taken by the prosecuting attorneys or Talley, who allowed for a continuance in the case.

Court ended around noon and the afternoon cases were postponed due to the funeral of Judge Rodney Chamber happening at 2 p.m. Among those who were awaiting hearings in the afternoon were Kobe Leichman and Marquese Porchia, who were charged with first-degree murder over the death of DaeJon Mitchell, and Danny Pine, who is charged with second-degree sexual assault and rape.