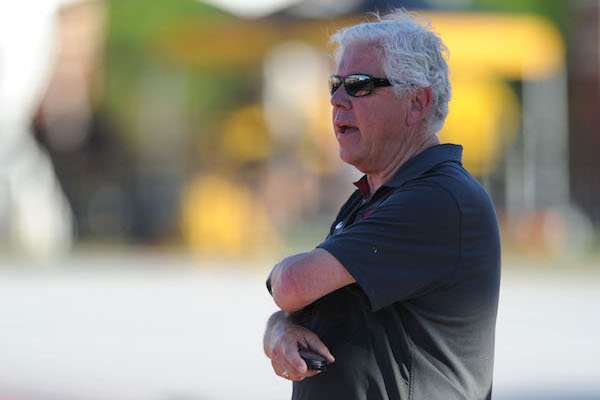 FAYETTEVILLE -- Worthy candidates abound for election into the Arkansas Sports Hall of Fame in Little Rock.

But it seems any ballot received by the Hall's Oct. 31 deadline without a check mark by Lance Harter is a ballot cast by the uninformed.

The University of Arkansas' most honored national championship coach this side of John McDonnell should have been inducted long ago.

In their history the UA's Razorbacks have won 48 national team championships.

In 2019 starting with the March Indoor, June Outdoor and November Cross Country, they won them all. A national triple crown, the second in NCAA women's Cross Country, Indoor, Outdoor history previously achieved by Texas in 1985-86.

Because NCAA precautions due to the coronavirus pandemic cancelled the 2020 NCAA Indoor Championships the day before they were to begin and cancelled the entire 2020 Outdoor season, Arkansas remains the women's defending national champion for the NCAA Indoor that Harter's women and Bucknam's men host in March and NCAA Outdoor in Eugene, Ore.

The NCAA Indoor will mark Harter's Razorbacks next national title defense. For while the SEC runs cross country this fall with Harter's women seeking their eighth consecutive SEC Cross Country title Oct. 30 in Baton Rouge, La., the NCAA has cancelled this fall's NCAA Cross Country Championships. More than half of competing NCAA schools cancelled their cross country season because of coronavirus concerns.

The SEC for Indoor and Outdoor track, is nationally acclaimed the by the toughest league.

Off the track, 28 from Harter's teams, some twice or thrice, have earned Academic All-American.

Internationally he's coached on five United State staffs including assisting at the 1992 Olympic Games. He head coached at the 1999 World Championships and 2003 World Cross Country Championships.

Given his California-San Luis Obispo teams won a NCAA Division II record 14 national championships plus his Arkansas accomplishments to that date, Harter in 2015 was inducted into the U.S. Track and Field Cross Country Coaches Hall of Fame.

Seems more than about time for the Arkansas Sports Hall of Fame to recognize him, too.