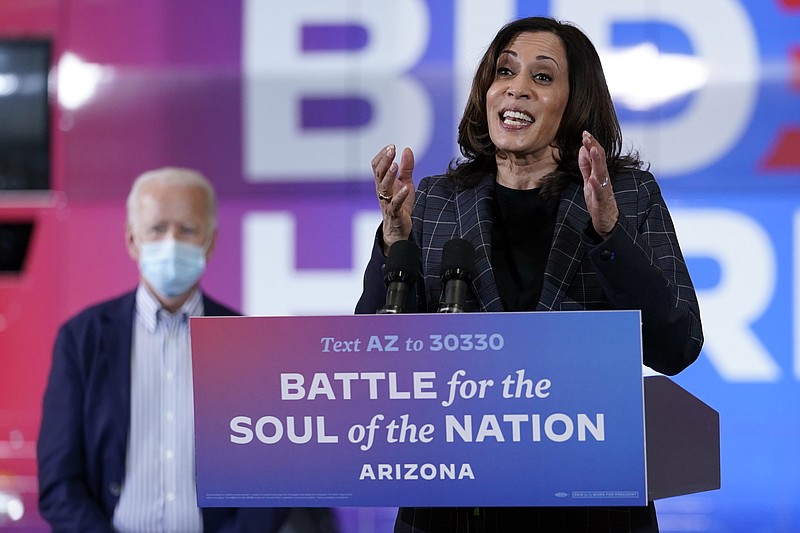 Joe Biden’s presidential campaign said Thursday that Biden had no exposure, though he and Harris spent several hours campaigning together in Arizona on Oct. 8. Both have tested negative for COVID-19 multiple times since then.

The travel suspension interrupts the Biden campaign’s aggressive push across a wide battleground map. The campaign sees Harris, the first Black woman on a major party presidential ticket, as a key part of their outreach in North Carolina, where increasing Black turnout is key to the Democrats’ hopes of flipping the state from President Donald Trump’s column. She had been scheduled to travel to the state Thursday for events encouraging voters to cast early ballots

Her Friday trip to Cleveland would have been her first to Ohio as the vice presidential nominee and would have taken her into the metropolitan area with the state’s largest concentration of Black voters.

The senator’s brief hiatus from the trail comes as Trump ramps up his own travel again after he, first lady Melania Trump and several White House staffers contracted the virus.

Campaign manager Jen O’Malley Dillon said both individuals tested negative before and after the conclusion of Harris’s travels. Their positive results came in subsequent tests.

“Neither of these individuals had any contact with Vice President Biden, with Sen. Harris or any other staff member since testing positive or in the 48-hour period prior to their positive test results,” O’Malley Dillon said, adding that none of the candidates’ exposure and contact tracing meet the CDC guidelines for quarantining.