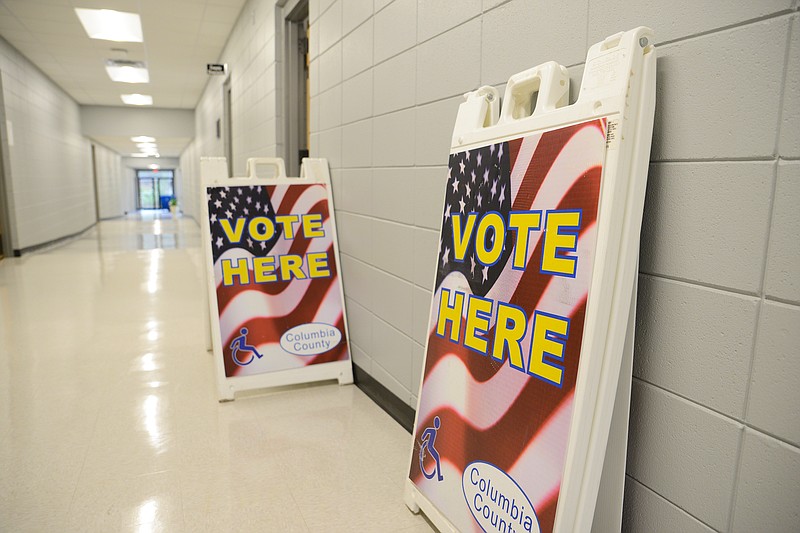 Election day is set for Nov. 3, the results of which will determine presidential, county and city contests. Just as important as understanding what is on the ballot is understanding the process of voting in Columbia County.

Columbia County Clerk Tamy Wiltz is urging local residents to vote early and shared some information about where voters can cast their ballots.

“I would encourage people to early vote,” said Wiltz.

Wiltz stated that Saturdays have historically been a good day to vote in Columbia County, with very few residents coming to cast ballots on the weekend. If one is voting on a weekday, she recommends coming during regular business hours.

To vote, residents must be registered to vote in Columbia County and have a photo ID available for poll workers to confirm their identity. Voters will have 10 minutes to cast their ballot once inside the polling booth.

Wiltz said while it is recommended that voters wear face coverings at the polling locations, no one will force voters to wear them.

Voting on Nov. 3 will occur at the Calvary Baptist Church in Magnolia, American Legion Post 3 in Magnolia, the Bowman/ Brasher Building at the 1st Baptist Church of McNeil, the Waldo Fire Station, the Emerson Community Center and Taylor City Hall. The Columbia County Library will not be utilized this year. Polls will close at 7:30 p.m. but will remain open to those that were in line by that time.

According to Wiltz, a large number of voters voting on Election Day resulted in her working until 2:30 a.m. during the 2016 election. The Taylor voting center saw 700 voters that year, an extra 600 voters compared to previous elections that Wiltz had worked, she said.

Columbia County residents who are registered to vote in another county have until Oct. 30 to have their voter registration switched to their current residence. Those needing assistance in the polling booth will have those resources made available to them. The Columbia County Clerk’s office has booklets available for voters to understand the issues on the ballot.