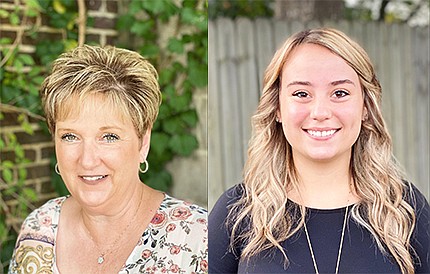 MAGNOLIA, AR – November 16, 2020 –Sue Wisecarver, Customer Service Specialist at the Main Office, is celebrating five years with Peoples Bank. Wisecarver came to Peoples Bank with 10 years of banking experience at other financial institutions and has a total of 15 years in banking.

“We’re so glad that Sue came to Peoples Bank five years ago. Sue is diligent, thorough and service-minded. She is a valued member of our new accounts department because of her many admirable traits, including honesty, integrity and friendliness. We look forward to having her with us for many more years. Congratulations Sue!”, said Mary Fowler, CEO.

Sue supports her community by participating in the Magnolia Blossom Festival. She is a native of Crossett, AR, a graduate of Crossett High School and attended Louisiana Business College. She is the mother to a daughter, Margarita Norment, and a son, Rocky Portillo, and the proud grandmother to two grandchildren. In her free time Sue, enjoys spending time with her family, painting and traveling. She is a Sonlife Broadcasting Media Member.

Rachel Wolfe has been promoted to Internal Auditor at Peoples Bank according to Mary Fowler, CEO. Rachel joined the Peoples Bank team in December 2018 as a Customer Service Specialist.

“Rachel has a great attitude and has been a team player since joining our Peoples Bank family. She has an eye for detail and is a fast learner and will be a perfect fit for her new position. We look forward to the contributions she’ll make to our bank as the new internal auditor.”, said Mary Fowler, CEO. “We are happy to recognize her efforts and her performance with this promotion.”

Wolfe is a native of Hugo, OK and a graduate of Valliant High School. She earned her BBA in Accounting from Southeastern Oklahoma State University. Rachel is married to Derek Wolfe of Rattan, OK and the couple belongs to Sobol Baptist Church in Sobol, OK. In her spare time, she enjoys traveling, spending time outdoors, hiking and being with her family.

Peoples Bank is a locally owned community bank established in 1910. Headquartered in Magnolia, Arkansas, Peoples Bank operates two banking offices in Magnolia and one in Waldo.