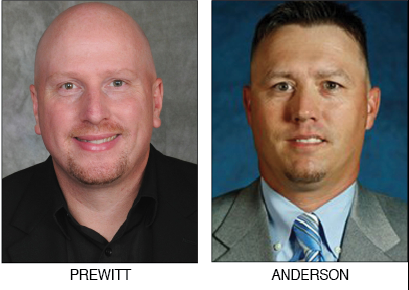 Prewitt previously served Division II as a member of the division’s Management Council, Championship Committee, and the Football Rules Committee.

The committee establishes policies and procedures for prospective member institutions and conferences to achieve active membership status in Division II. It also has the authority to approve or deny a potential member’s request for membership.

The committee also reviews issues regarding membership requirements (such as sports sponsorship and financial aid) that are discovered during the enforcement process, and imposes, when necessary, penalties for noncompliance.

“I am excited about this opportunity to serve Division II,” said Prewitt. “My experience in various roles across the division will be beneficial, especially in this challenging, unprecedented time.”

He has previously served on the Central’s Region’s Regional Advisory Committee.

The eight-member committee oversees the selection of teams to the regional tournaments.

Following regional recommendations, the national committee sets the final field, as well as the seedings.

In his six seasons in Magnolia, he has led the Lady Muleriders to four NCAA Regionals appearances, two NCAA Super Regional berths and two trips to the NCAA National Championships.

In the abbreviated 2020 season, the Lady Muleriders finished ranked No. 1 in the final NFCA poll.

Prewitt and Anderson will begin four-year term begins in August.