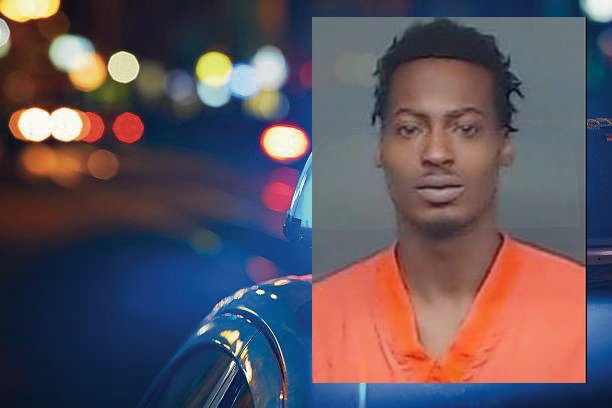 Damien Damon Butler, 25, of Magnolia was arrested earlier this month in Texarkana on a capital murder charge in the death of 24-year-old Devonta Biddle.

TEXARKANA — A Magnolia man has been arrested in connection to a fatal shooting on Feb. 27 on Linden Street in Texarkana, Arkansas.

Damien Damon Butler, 25, was arrested March 13 by the Texarkana, Ark., Police Department on a charge of capital murder in the death of 24-year-old Devonta Biddle. Butler was in court March 16 for an initial appearance and was denied bond on the recommendation of Chief Deputy Prosecuting Attorney Chuck Black, court records show.

Biddle was found shortly before 9 p.m. Feb. 27 by TAPD officers responding to a call about a shooting and possible home invasion in the 1200 block of Linden Street, according to earlier reports.

When they arrived, officers found Biddle deceased from an apparent gunshot wound.

One neighborhood resident said she heard about four shots but did not go outside. Another neighbor said she knew of the apparent victim frequenting the neighborhood, but was unsure if he lived at the address where his body was found.

Multiple search warrants are on file in the case for cell phones, Butler's car and Butler's duplex on Burnt Bridge Road in Magnolia. Court records show investigators have collected phones and a pair of red Nike Air Jordan shoes.

Court records show Butler is currently serving a term of misdemeanor probation in Bowie County, Texas, for theft of property, $100 to $750. Butler was placed on an 18-month term of community supervision on May 13, 2019, by County Court at Law Judge Craig Henry. Butler is banned from Walmart in Texarkana, Texas, as a condition of his probation. Butler has a history of arrests in Columbia County, Ark., for robbery, residential burglary and theft of property.

Butler is scheduled to appear next month before a Circuit Judge in Miller County. If convicted of capital murder, Butler faces life in prison without parole or death by lethal injection.