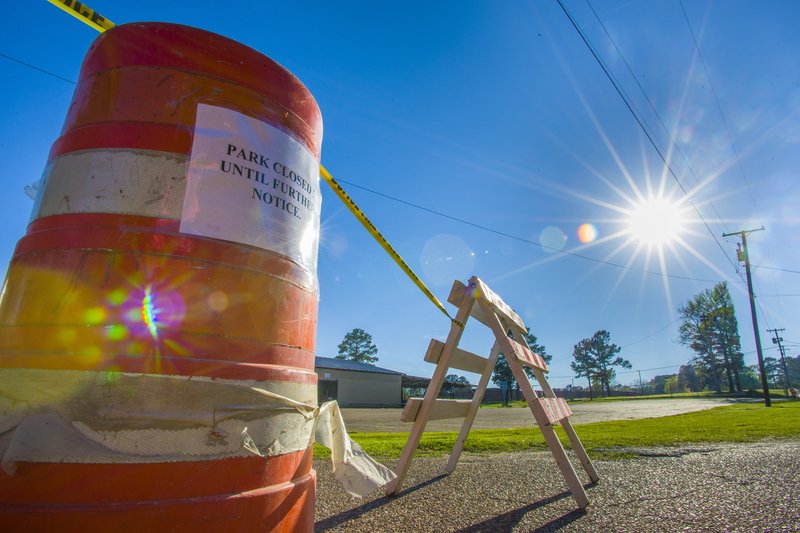 A barricade with the words "Parks closed until further notice" sits at the northern entrance to Magnolia's East Side Park on Wednesday after the city abruptly announced the closure of all city parks. - Photo by J.D. Bailey

The city of Magnolia has announced it is closing all city parks indefinitely.

The move was brought on by apparent "continual disregard of the serious threat COVID-19 could be to our community," according to Wednesday afternoon statement from the city.

"There have been many large gatherings and reported physical altercations in the parks in the past few days," the announcement said. "The city is going to do everything it can to limit the ability of citizens to gather in large groups but each citizen must do his/her part and take individual responsibility."

Barricades blocking the entrances to city parks were already in place Wednesday at the time of the city's announcement.