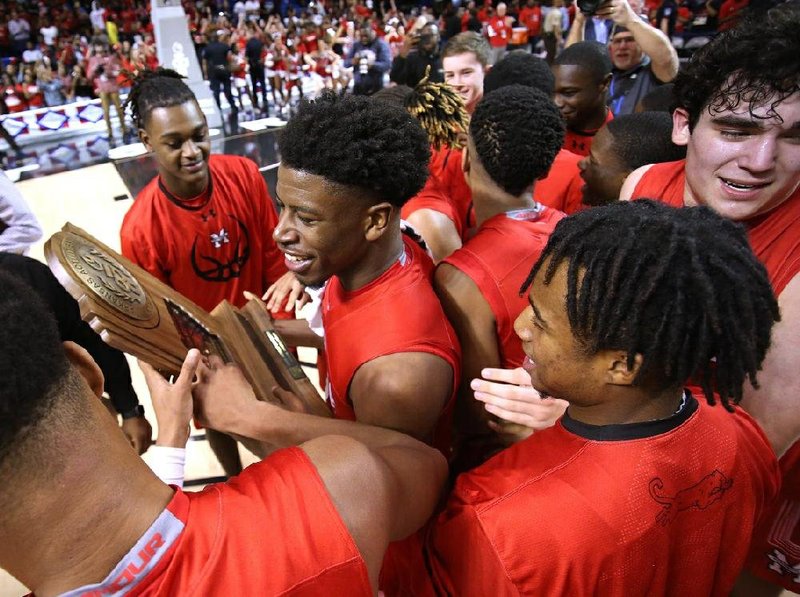 The Arkansas State Basketball finals have been suspended.

A message on Thursday from the Arkansas Activities Association stated:

"Due to growing concerns over COVID-19 virus, following the conclusion of tonight games, the remainder of the AAA Basketball Finals are postponed until further notice."

The message was shared by Magnolia Public Schools.

The games were set to go after it was announced cleaning crews would sanitize the arena between games.

'The Arkansas Activities Association announced Wednesday night that the 2020 Arkansas state high school basketball championships are still scheduled to begin Thursday in Hot Springs despite the national spread of coronavirus.

The athletic association and the Hot Springs Convention Center, which includes Bank OZK Arena, are working in conjunction to make sure that the building is sanitized and cleaned before every session.

According to a notice sent out Wednesday night, the steps the AAA are taking includes the following precautions:

-- Hand sanitizing stations at the entrances and throughout the building/arena.

-- During the State Basketball Tournament, all surfaces will be wiped down during session breaks when the arena is emptied. AAA is using an all-surface cleaning machine in our restrooms and locker rooms. This is a no-touch process that cleans, rinses and dries all surfaces. It disinfects the entire area. We are in contact with the local health department and emergency management teams to stay informed.

-- For employees, HSCC has posted signage to remind staff of everyday precautions and adheres to thorough cleaning protocols. 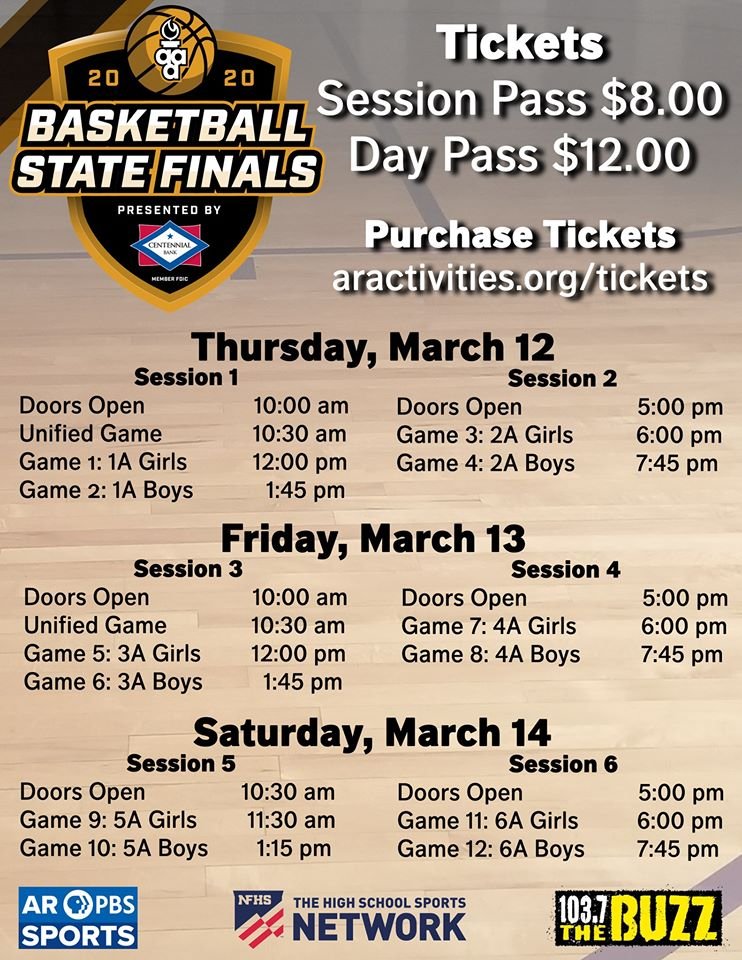 The schedule for the Arkansas State Finals in Hot Springs.

Thursday's schedule features four games, with the first game beginning at noon between Viola and Kirby for the Class 1A girls title. Other games on the slate include the Class 1A boys at 1:45 p.m. (Izard County vs. Nevada), the Class 2A girls at 6 p.m. (Quitman vs. Melbourne) and the Class 2A boys at 7:45 p.m. (England vs. Earle). Four games are scheduled for Friday and Saturday.

For Friday, Magnolia will attempt to win-to-back championships in a rematch of last year's Class 4A boys title game against Little Rock Mills. The game is slated to begin at 7:45 p.m.