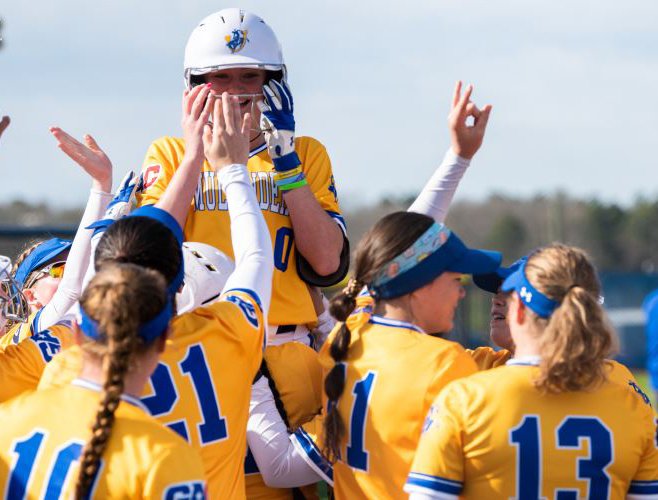 The Southern Arkansas Lady Muleriders (22-2) are ranked No. 1 in the nation.

After not receiving a single first-place vote a week ago, the Lady Muleriders earned 10 of 16 first-place nods for a total of 392 points (out of a possible 400).

It’s the second time in program history they have been the top-ranked team in the country, with the other time happening on March 6, 2019, when they were unanimously named No. 1 overall.

The women’s softball team will host East Central in a pair of GAC doubleheaders Friday and Saturday.

In baseball this week, the 19th-ranked Muleriders (19-4) eased by Henderson State 13-5 in a nonconference battle.

A three-run double by Josh Walker and a two-run double by Brett McGee highlighted a five-run second inning. In the third, Austin Baker emptied the loaded bases with a three-RBI double and Walker homered in the fourth.

The Muleriders return to GAC play with a three-game series at East Central in Ada, Okla.

In tennis, SAU’s Raymond Marin showcased a gutsy performance Tuesday as he outlasted Northwest Missouri’s Martin Sanchez 6-4, 1-6, 6-3 to claim the deciding point for the Muleriders (4-2), who topped the Bearcats 4-3 in the MIAA-GAC Opener from the Live Oaks Tennis Courts.

In women’s action, the Lady Muleriders (4-1) handled Northwest Missouri 6-1 after claiming the doubles point with wins by Angela Vargas and Lena Milosevic.

The Lady Muleriders finished in a tie for 12th place at the Diffee Ford Lincoln Invitational from Kickingbird Golf Course in Edmond, Okla. Mackenzy Turner was five strokes better the second time through the course and Olivia Faught cut three strokes off of her day one total. Eva Renner shot a consecutive sub-80 score to pace SAU which finished tied for 12th