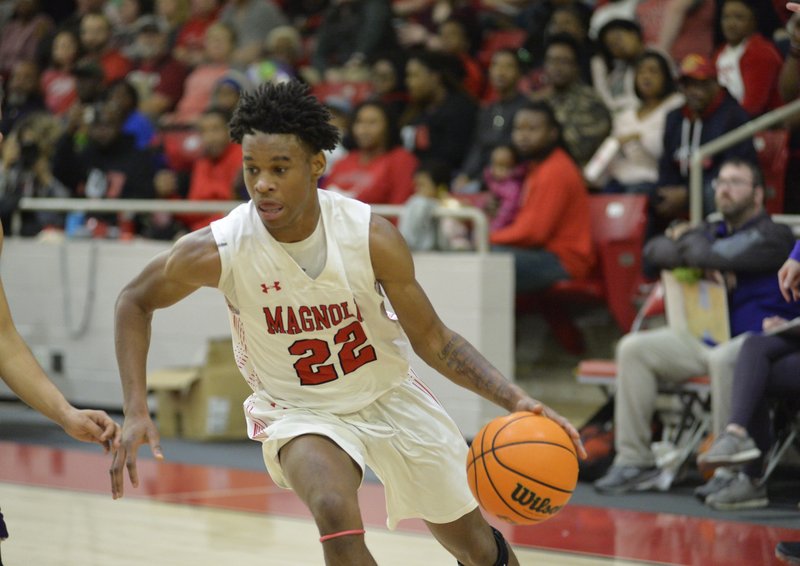 The top-ranked team in Class 4A will open state tournament play at 5:30 p.m. today against the same team it met in the second round a year ago.

Magnolia (24-0) and Blyethville (26-6) will square off at Farmington in the Class 4A State Basketball Tournament. The winner advances to Saturday’s semifinal game that will tip off at 7:30 p.m.

Last season, the Panthers beat the Chickasaws by two points and went on to claim the championship.

Dating back to last season, the Panthers are on a 29-game winning streak. A couple of key wins this season include victories over defending Class 4A champion Ashdown (47-46) and defending Class 5A champion Marion (77-73).

Led by sophomores Derrian Ford, Colby Garland and Devonte Walker, along with seniors Kyle Carver and Braelyn Beasley, the Panthers are averaging 69.8 points per game and allowing opponents an average of 42.6 points per contest.

Blyetheville had a balanced scoring attack Wednesday night to eliminate Dardanelle 67-37 in first-round. They were up 31-10 in the second period and led 52-26 after three quarters.

This season, the Chickasaws dropped a two-point (80-78) decision to Class 7A North Little Rock, the state’s overall No. 1-ranked team.

The Chickasaws are averaging 59.2 points per game, while allowing 46.0 points per contest.

As the Panthers look to repeat as champions, Magnolia first-year head coach Ben Lindsey has said all season that it’s one game at a time.

He recently stated, “It’s okay to wish for the future, but enjoy what you have because nothing is guaranteed. Right now, we are preparing for the next game in front of us.”