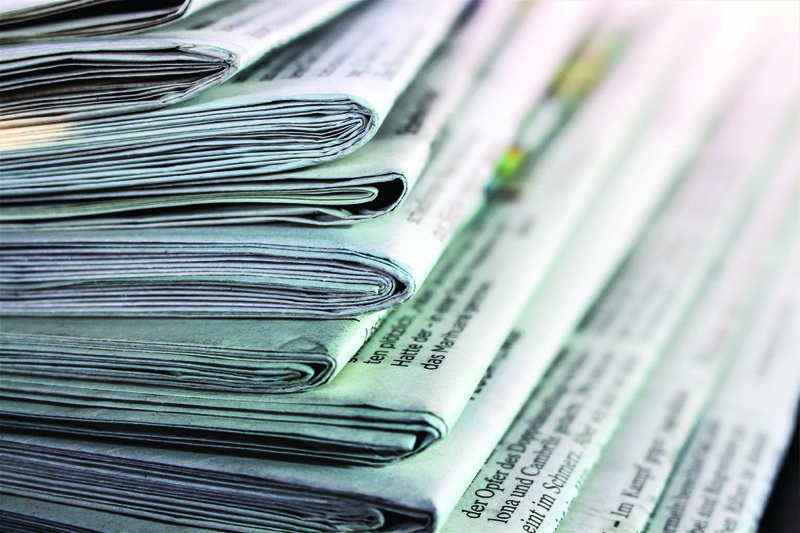 Waldo was a good place to be growing up in the mid-1950s. Admittedly, in recalling events of the past, the truth gets distorted to some degree and possibly magnified. However, laying that aside, I believe I can give a somewhat accurate account of some events of a summer 65 years ago. School had just turned out for the summer when Sonny Higdon had a brain storm, and when he revealed his plan it caught the attention of a couple of boys who happened to be looking for some action. Sonny was known as something of an engineer and innovator, of the 13- year-old redneck variety. He was a piddler with ability in mechanical devices. When he said he was going to build a car, his cousin Robert Earl, who was a year older, and his brother, speaking of myself who was three years younger, became excited at the prospect.

“It’s going to be a small car that will be just right to tool around town in, but it’s going to take money,” Sonny said.

That was the hitch. Money was not really easy to come by around our place in 1956. But as luck would have it, Robert Earl, who we called Bob, was himself a general contractor and entrepreneur adept at finding money making projects. He set himself to the task and by the next day had a deal with a lady to pull nails from old lumber. We went to the task, and pulled nails all day, and earned a total of one buck between the three of us. But Bob was not discouraged. He said If we’d been sittin’ on the front porch drinking Kool-Aid we wouldn’t have made a red cent.

For the next few days we picked up discarded drink bottles until there were no more to be found. At two cents for each bottle, we turned them in to Mr. Ernest Young’s meat market and he paid us $2 for them. Then we picked dew berries and black berries for a week and Bob sold them to some of his contacts, ladies around town, and we made four dollars. That gave us a total of seven dollars in the car fund. We used a dollar and a quarter of it the next two weekends to go to the picture show. It only cost 11 cents to get in, but we had to have popcorn and cokes too. We had $5.75 left in our car fund. But we picked up another three dollars and a quarter washing a big truck for Mr. Cotton Miller. That was a tough job but it put us up to nine dollars.

We figured it was time to take a break and have some fun. We walked the rail road track three miles east to McNeil, stopping at Big Creek and taking a swim. When we got to McNeil we looked up our cousins Jimmy and Jerry Henderson and friends Kenneth Hampton, Monroe Hight, and Tom Eades. A flip gun war ensued in and around a plum thicket. Those green plums make fine ammunition. We warred for hours and nobody lost an eye or suffered an injury other than a few knots. However, Monroe Hight did receive a badly busted nose and lip, when someone happened up on a pear tree and used a green pear the size of a hickory nut for ammo, and let fly as Monroe raised up out of the sage grass at just the wrong time. But Monroe hardly even frowned. He was good sport and as tough as shoe leather.

Having gotten the war over with we all went down the railroad track to Crawford’s pond, a place where the old steam engines once picked up water. We swam for an hour or so and then said so long to the McNeil gang, and headed back west on the tracks toward Waldo. Bob, who never missed a trick, came up with the ultimate idea for making money as we walked along. It would be almost as good as mowing yards supposing we had yards to mow. But with this plan nobody could cut us out.

“We can make a killing getting scrap iron off the railroad tracks. Just look at all those railroad spikes and all that other stuff,’’ Bob said.

We had no doubts. Bob had come up with a brilliant idea. But we would need something to carry the iron from the track back home where we would store it. Never fear Bob had that covered. The next day we followed Bob to the dump where we found a big old rusty wagon, that according to Bob, had once been used to transport cannon balls to the battle field during the Civil War. It had iron wheels that wobbled pretty badly, but we thought it would serve our purpose so we pulled it to the tracks and headed west and began loading it with every piece of iron we came across. We made it about a mile before we heard the first train whistle coming from behind us. We hurriedly began to unload the wagon to get rid of some weight so as to get the wagon off the track. That happened only twice more that day. When we finally made it home with our scrap iron we all three were totally exhausted. The next day Bob made a deal with a man named Billy John who enjoyed a drink once in a while. Well, actually he enjoyed a drink often. He agreed to haul our valuable merchandise to the scrap yard in Magnolia for twenty percent of what it brought. We loaded the iron onto Billy John’s 40 something flat- bed Ford truck that had home-made wooden sideboards, and we happily headed to town.

The man at the scrap yard looked at our hard gotten iron and turned red in the face.

“Do you think I’m going to buy this damned railroad iron and risk going to the pen. I ought to call the police on you, and I will if you don’t get this stuff off my property.”

He was addressing Billy John since he was the oldest and the driver of the truck. The three of us stood back and acted as innocent as little lambs. Billy John was stuttering and trying to explain his position but the scrap man wasn’t listening. He ranted and raved until we were out of hearing on our way back to Waldo. When we were down the road a mile or so Billy John, still rattled, looked over at Bob who was on the outside next to the window.

“Now what are we gonna do with this illegal load you put on my truck, you crook, and who’s going to pay for my gas that I burned up trying to help you young outlaws?”

Bob shrugged, “I guess I don’t know. It looks like you got yourself a problem.”

“I ought to stop and teach you some manners, boy,” Billy John barked.

I was getting nervous I didn’t want to see a fight and I knew Bob wouldn’t back down even though Billy John was bigger and older and known to be a tough guy. It turned out that Billy John was a pretty good guy though. He pulled a bottle from under the seat and took a couple of pulls. That seem to settle him down. He spotted an old logging road and pulled down it for a ways and we unloaded the railroad iron. Billy John even helped. When he dropped us off he shook hands with Bob and said he didn’t have any hard feelings. He said he hadn’t forgotten the time Bob brought him a pack of cigarettes when he was locked up in Mr. Gerwood Miller’s little concrete jail.

Since our luck had seemed to go bad on raising money Bob came up with another idea.

Why don’t you just go ahead and start building that car and maybe somebody will want to invest in it when they see what a good project it is. Sonny didn’t seem to think that it was such a great idea, but he really did want to build the car so he finally agreed and started to work on it with Bob right there with him.

The car was finished in less than a week and ready for driving. Since the money for the project was limited, it was necessary to make lots of concessions. The body was simply a 4x6 platform made with 1x10 planks. The platform sat on bicycle wheels, one in front and two at the back, powered by a three horse Briggs & Stratton engine, and steered with handle bars.

The thing ran fine and Bob and Sonny took turns driving it up and down the street for a week before parking it under a shed with the intention of doing more work on it. I hadn’t had a turn at driving it. They said I hadn’t had enough experience. There wasn’t room for a passenger so I’d been left out and I was aggravated about it. So on a Saturday morning Bob and Sonny went fishing at a pond down the street just outside the city limits. I was supposed to go, but I deliberately stayed in bed. I gave it an hour before making my move.

I went to the shed and pushed the car out. I actually believe it was the first three-wheeler ever made. It was before it’s time. I wrapped the pull cord and gave it a jerk. The engine started and the car began to move. There was no neutral and no clutch. I ran along beside it like I’d seen Bob and Sonny do, and then mounted it at a run and was on my way. The throttle wire was in my hand, pulled out to the limit. I was going too fast but never considered letting off the throttle. I passed a car on the left and went into the ditch and had to dodge the end of the culvert at the Blair’s house. I slid sideways and went through the gate and was forced to go around the house to avoid a flower bed that I missed by inches.

At the back of the house where Mr. and Mrs. Blair were cooking burgers on a grill, I managed to go between them without doing any harm other than making the hair stand up on their heads. I continued on with the throttle wide open, not on purpose, but because I was petrified and couldn’t think. Back on the road I continued on going east toward where the road took a hard left. I knew there was no way I was going to make that curve. I shut my eyes and prayed for the best, whatever that might be. I jumped the ditch and went through a net wire fence carrying it with me and side swiped a bull pine and then into the pond where Sonny and Bob were fishing. Even though I was in a state of panic I could see the horrified looks on their faces as I went between them. The throttle was still wide open when I left the bank and sailed twenty feet out into the pond. I don’t know to this day how I got out of that pond. Sonny and Bob both swear they didn’t get me out. In fact, they said they considered throwing me back in there when they saw me crawling out.

Sonny later said he’d never build another car until I was old enough to know how to drive.