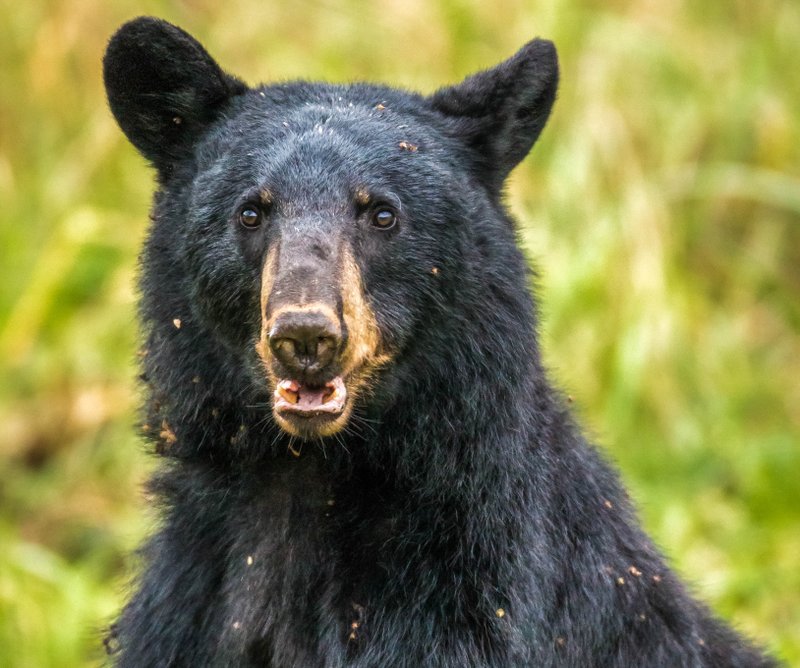 Arkansas’s bear and elk harvests showed slight declines during the 2019 season, but biologists with the Arkansas Game and Fish Commission said much of the decrease could be attributed to last year’s extremely productive hard mast crop during presentations to Commissioners at today’s regularly scheduled meeting here.

“Considering the mast crop that we had available across the state, it was actually a pretty good harvest for bears,” Means said. “I didn’t expect it to be quite that high.”

Baited sites and food plots do not have the same appeal to deer, bear, elk and other game species when acorns and other natural foods are abundant in the woods. Animals can find all the food they need without moving long distances, making them much more challenging to hunt. Last year’s bumper crop is likely responsible for decreases in harvest for many species.

“That’s nothing new,” Means said. “Most of our bears are taken over bait on private land, and archery hunters get those bears on bait while they are still in pre-hibernation.”

Means says Arkansas bears are still at a stable to slowly expanding population and recommendations going into the 2020 regulations cycle will be to increase the quota of bears allowed in Bear Zone 1 to 500 animals.

Commissioner J.D. Neeley of Camden asked when hunters could expect to see an open bear zone in southwest and south-central Arkansas. Each year more hunters in those areas are reporting bears on their deer leases. Means explained that a current study at the University of Arkansas at Monticello is in its last year of field research to establish a population baseline on bears in those regions of the state and regulations would be based on those findings.

“They hope to have us a final report in 2021,” Means said. “2022 would be the next regulations cycle to set season dates and quotas.”

Means stressed that if the zones were opened, it would start with a very conservative quota to protect the population from overharvest.

Wes Wright, the AGFC Elk Program coordinator, also gave a summary of the Arkansas elk season. According to Wright, hunters checked 47 elk during two managed hunts in north Arkansas in 2019. The harvest showed a substantial decline in harvest from the 2018 season, specifically in the private land portion of the hunt.

“Last year we had a record harvest of 67 elk, but we had just started a new method for the private land permit system that increased participation on that end,” Wright said. “This year was more in line with historic harvest numbers.”

“Again, the heavy mast crop likely dispersed elk and kept them closer to the woods where they are harder to find and harder to hunt,” Wright said.

“We have had less than 1 percent incidence rate of hunters taking an elk and it being positive for CWD over the past 2 years,” Wright said.

Wright said he plans to propose a slight reduction in the harvest goals next year to compensate for the previous three years of record harvest and additional mortality from CWD sampling to increase numbers of elk on available habitat in north Arkansas.

The Commission voted to continue granting one elk tag each to the Rocky Mountain Elk Foundation, Arkansas Game and Fish Foundation and Arkansas Wildlife Federation to help those organizations’ efforts in raising funding for and awareness of elk conservation in Arkansas. According to Mark Hutchings, AGFC assistant chief of wildlife management, the permits have garnered more than $750,000 for elk management in Arkansas since these grants began.

In other business, the Commission:

Approved AGFC Director Pat Fitts to disclaim interest over a 10-acre parcel of land near Petit Jean WMA to which the AGFC holds no title.

Recognized Matt Horton, AGFC fisheries habitat biologist from the Mayflower Office, as the 2019 Mike Freeze Fisheries Biologist of the Year.

Recognized Jordan Lindaman from the Rogers Field Office as the 2019 Fisheries Division Technical Employee of the Year.

Recognized 13 employees representing 280 years of service to the natural resources of Arkansas.

Approved the removal of outdated and obsolete inventory with a total original cost of $262,404 and a net book value of $15,944.

A video of the meeting is available at https://www.youtube.com/user/ArkansasGameandFish.