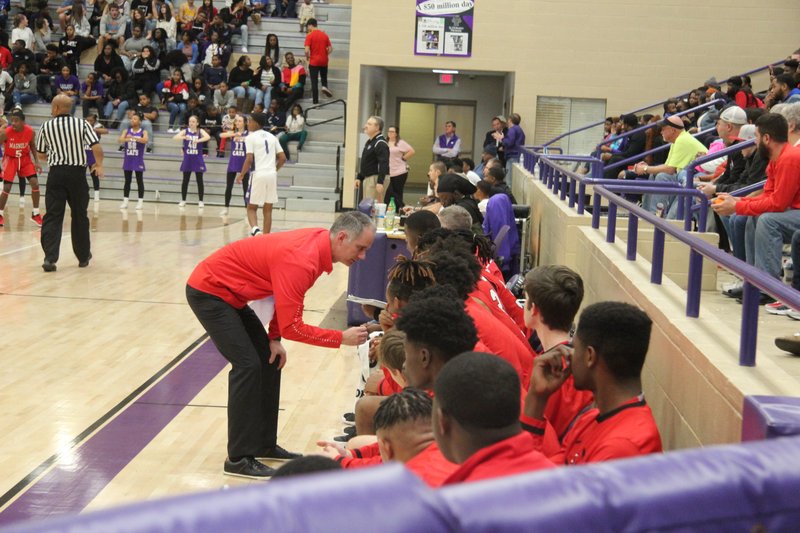 The Panthers (10-0, 1-0) will square off against Monticello following a girls’ game that will tip off at 6 p.m. The Billies (12-4, 2-0) gave the Panthers trouble last season, winning two of their three meetings. Each won by four points on the others’ home court and it was Monticello who defeated the Panthers by three in the regional tournament.

Like the Panthers, the Billies are also on a winning streak this season, claiming victories in their last eight outings. Both have convincing victories over El Dorado this season.

The Panthers are coming off a lop-sided 69-37 win at home against Crossett in league play, while Monticello rolled over Star City 59-37 Friday night. The Billies flew past the Eagles 68-41 a week ago.

“They (Billies) are extremely good and have some of their best players back. It’s going to be a tough matchup for us and they are certainly one of the most talented teams in our conference,” said Magnolia head coach Ben Linsdsey.

During Magnolia’s 32-point win over Crossett, sophomore Colby Garland poured in 30 points. Classmate Derrian Ford had 31 in the win at El Dorado.

The Eagles tried a slow-down approach against the Panthers, who were successful with their uptempo style offense. Magnolia leaped out to a 9-2 early lead but led by only four, 11-7, after the first quarter.

The Panthers dominated the remainder of the game, using a 12-2 run to start to the second period and led 23-9 at the midway point. Back-to-back 3-pointers by Garland seperated the teams even more the score was 35-17 at intermission.

Garland, Devonte Walker and Devonte Dismuke had 3-pointers in the third quarter as the Panthers were up 56-28 at the buzzer. They built a 30-point lead early in the final period before winning by 34.

“I will assume that slowing the game down is what Crossett wanted to do. We got it going and it was good to see,” said Lindsey. “Derrian didn’t have one of his best offensive nights, but I thought he played well both on offense and defense. Some nights your shots are not going to go.”

“We knew they were very athletic. If it turned into a track and field meet, which it did, we wouldn’t have much of a chance,” said head coach Donnell Ford. “We have a couple of girls who can run, but don’t have six or seven who can do it.”

Trailing 15-7 after the first period, Magnolia was down by 10 early in the second quarter before cutting the deficit in half at the 6:35 mark. Back-to-back 3-pointers by Crossett made it a 25-13 ballgame with a minute on the clock and the Lady Panthers trailed 25-14 at the half.

After closing the game to eight early in the third, two more consecutive shots from beyond the arc gave the control back to the Lady Eagles. They went on to lead 37-23 at the buzzer.

Magnolia’s Kelcy Lamkin scored 13 of her game-high 18 points in the fourth quarter but couldn’t bring the Lady Panthers back. She had three 3-pointers during the period.

“The last game I saw Crossett play, only one athlete could really shoot the ball. Against us, they dropped eight 3-pointers,” said Ford. “Every time we play solid defense and get ourselves back into the game, they knock down the long shots.”

After Tuesday, the Lady Panthers will travel to Star City to face the unbeaten Lady Bulldogs.