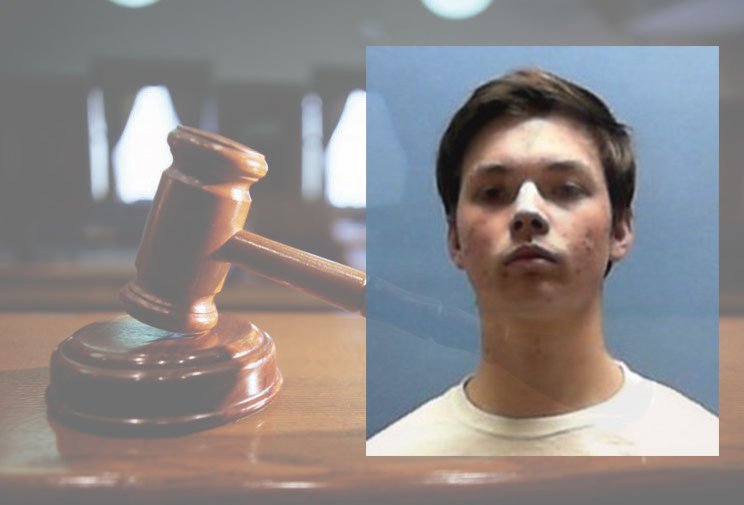 The case of Magnolia man accused of stealing a City of Magnolia water truck and nearly killing a Columbia County deputy after ramming into her police cruiser in August 2019 in Taylor has been scheduled for trial this spring.

The move came after Mason John-Anthony Willis, 18, appeared Thursday in Columbia County Circuit Court. The teenager faces nine felonies, including first-degree battery against law enforcement officer in the line of duty -- a Class Y charge that, if convicted, could net 10-40 years or life alone – two counts of aggravated assault and criminal mischief first degree, as well as breaking or entering, theft of property $5,000-$25,000, and second-degree battery with a motor vehicle. Willis is currently incarcerated at the Columbia County Detention Center on $25,000 bond.

A Columbia County Sheriff’s Office probable cause affidavit details the alleged incident that led to Willis’ arrest. The document tells of two CCSO deputies on Aug. 31, 2019, first witnessing a white Ford pickup – later determined to be stolen from the Magnolia Water Department yard at Union Street – traveling down Columbia Rd. 15 near the Bussey-Sharman Community located south of Taylor headed at a high rate of speed. Once the officers attempted to pull over the vehicle, the driver, according to police, refused to stop, leading to a chase through rural county roads – Columbia 12, Columbia 24 and Columbia 215 – and ultimately a 100-plus mph pursuit along Hwy. 371 South.

The vehicle also attempted to ram a CCSO cruiser while near a petroleum drilling site on Columbia 12, according to the affidavit.

“[CCSO] Deputies Glass and Sharp tried to force the vehicle to stop at the oil field location, but the vehicle only attempted to drive straight toward Sharp’s patrol unit,” said the police document. “Sharp moved his unit out of the way and the vehicle continued and turned back onto Columbia 12.”

Further details of the chase describe the driver of the truck seemingly filming the entire event.

“Deputy Glass noticed someone was holding a phone up the back glass of the vehicle like they were taking pictures or a video,” the affidavit said.

As the chase continued on the highway, Taylor Police were informed that they were heading toward the small town at high speed. Taylor police units, according to the document, attempted to block the roadway at the city limits but had to move at the last second to avoid being hit by the 70 mph truck.

By this time, CCSO Deputy Mallory Waller began, was at the one-square-mile town to assist the agency as the chase continued through and around the city streets of Taylor. She and her cruiser ultimately collided with the speeding white Ford truck at the intersection of Pine Street and Hays Street, according to court records.

The incident seriously injured the deputy. She was found unconscious by fellow officers and an ambulance was called to the scene to take her to the Magnolia Regional Medical Center Emergency Room. Columbia County Sheriff Mike Loe later said that the collision nearly killed the deputy.

After the crash, two men were seen exiting the white truck, according to the affidavit. One male, Logan Floyd, was quickly caught, while Willis was later arrested while he walking down a Taylor road.

The city water truck, according to the affidavit, was determined to have been stolen around 2:34 a.m. Aug. 31, 2019, after the facility’s gated yard.

Discovery in the case is complete.

Deputy Prosecutor Ryan Rainwater said Thursday that a plea offer has been extended by the state. Although no specifics were given publicly by the state representative, he did note that the offer included restitution.

Pubic Defender Jessica Yarbrough, Willis’ legal representative, rebutted that her client was still willing to listen to plea offers and that she has discussed the state’s offer with him, but that she will submit a counter-offer as well.

“We need to time to continue to negotiate,” said Yarbrough.

The final day for a plea deal is March 19.