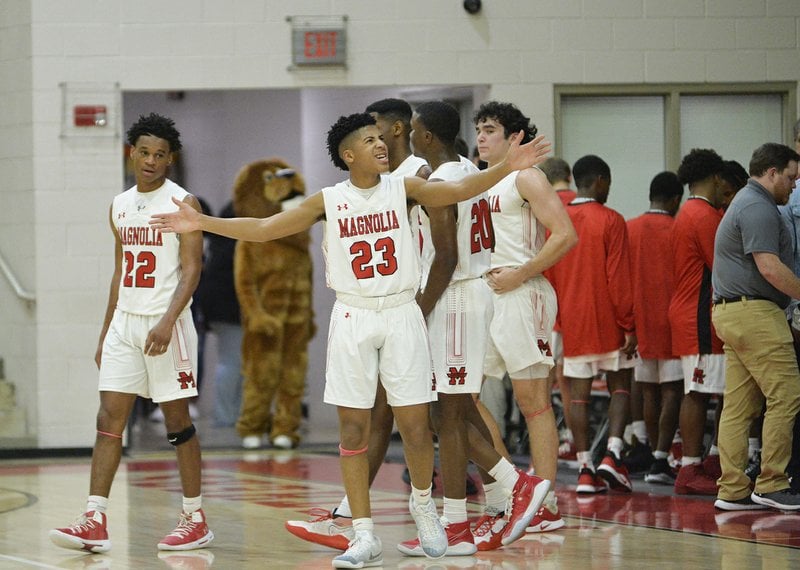 Magnolia’s Ben Lindsey has been preaching “one game at a time” all season to his Panthers.

That familiar quote has a deeper meaning today if Panthers hope to get an opportunity to defend their Class 4A state basketball title.

The Class 4A South Region Basketball Tournament starts today at Crossett and the Panthers will play their first game at 5:30 p.m. against fourth-seed Bauxite from the 4A-7 Conference.

They must win that battle to earn a spot in next week’s Class 4A State Tournament at Farmington.

A year ago, Magnolia won its first round game in region, but lost in the second round before moving on to win the state crown.

With a perfect record on the line, Lindsey said everything comes down to a one-game season at this point.

The coach admitted there’s a lot of pressure on a team that’s 21-0, but he likes the way his squad is playing right now.

“For us, it’s all about coming out, being loose and doing what we’ve been doing all year,” said the coach. “Knock on wood, we are also healthy.” 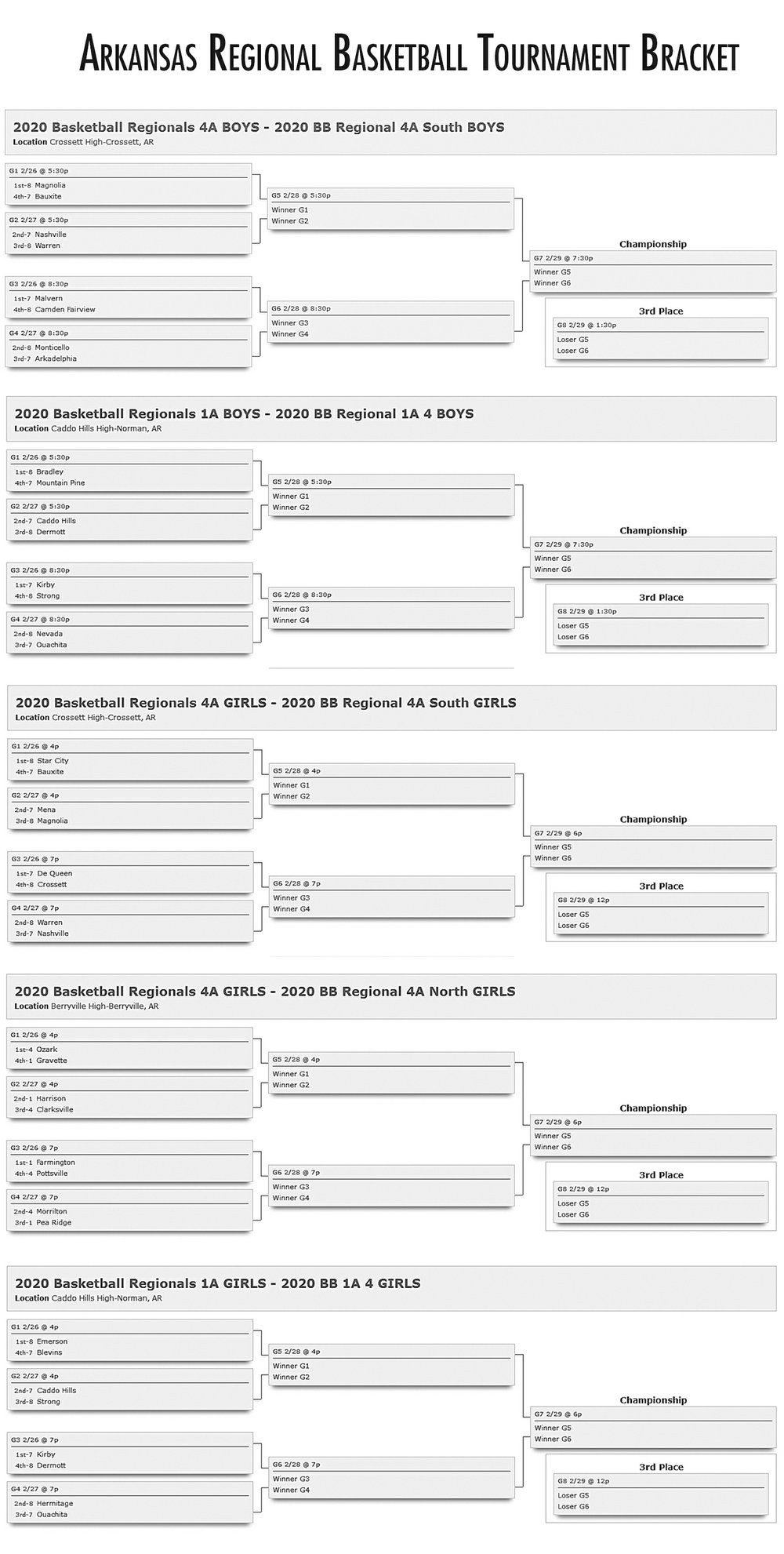 Regional baskeball tournaments start today around the state. Magnolia is playing in the Class 4A South Region at Crossett with the unbeaten Panthers taking on Bauxite at 5:30 p.m. today. The Lady Panthers play at 4 p.m. Thursday against Mena. In Class 1 Region 4 at Caddo Hills in Norman, the top-seed Emerson Lady Pirates take on Blevins at 4 p.m. today, while the Nevada Blue Jays play Ouachita at 8:30 p.m. Thursday. Top-seed Bradley plays Mountain Pine at 5:30 p.m. Wednesday.

Lindsey gave his team the weekend off and they returned to the practice floor on Monday. The coach said he wanted his Panthers to have fresh legs heading into the tournament.

The Panthers breezed through the 4A-8 Conference with a perfect 12-0 mark.

On the season, they averaged 70.3 points per game, while giving up an average of 42.1 points on defense.

They closed the regular season Friday at Warren with a 62-39 victory over the Lumberjacks.

They pulled away in the third period and led by as much as 19 points before being up 48-32 at the buzzer.

The lead grew to 26 late in the game before the Panthers won by 23.

“It was a tough one, with the crowd right on you. There was no room on the sideline,” said Lindsey.

The coach said the Panthers, especially Ford, were getting to rim early and shots were falling.

“Derrian have had some tough luck lately with the ball riming out. But he’s almost 99 percent unstoppable when he gets the ball under the basket,” said Lindsey, adding the results are usually points.

Regarding today’s opponent, Bauxite finished 15-12 on the season and 6-6 in league action.

A victory today will put the Panthers into a 5:30 p.m. Friday game against either second-seed Nashville or third-seed Warren.

In other boy’s action, top-seed Malvern will square off against fourth-seed Camden Fairview at 8:30 tonight.

See brackets on Page 4B.