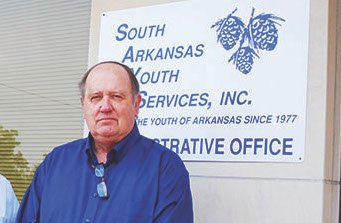 Jerry Walsh, the former executive director of South Arkansas Youth Services (SAYS), was sentenced Wednesday afternoon in federal court to 30 months in prison and ordered to pay $515,631.56 in restitution stemming from a kickback and pay-for-play scheme that illegally diverted over $380,000 from the Magnolia-based nonprofit to an Arkansas State Senator and the lobbying firm of convicted lobbyist Milton “Rusty” Cranford. Walsh, now 73, pleaded guilty July 19, 2018, to one federal count of conspiracy to misapply SAYS’ funds without authority from its board of directors.

The sentence was handed down in Arkansas’ Western District of U.S. District Court in El Dorado by Chief U.S. District Judge Susan O. Hickey. She gave Walsh the base range of prison time -- the top being 37 months -- and did not impose a fine that could have reached up to $250,000. Walsh was also issued three years of supervised release after his stint in the Federal Bureau of Prisons. He is to report for his sentence on April 8. Until then, he will remain out on bond.

With good behavior, he is expected to serve 85% of his ordered prison time, or around 26 months. The restitution is to be paid to SAYS's bankruptcy trustee. 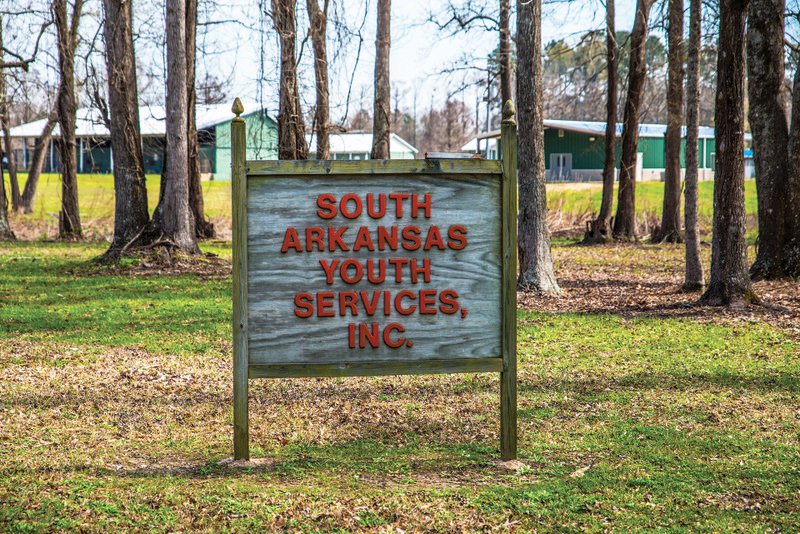 Walsh’s attorney, John M. Pickett of Texarkana, on Wednesday stated that his client suffered from numerous hazardous health conditions, including diabetes, heart symptoms, depression, post-traumatic stress disorder, and was exposed to Agent Orange during his time in the Vietnam War.

The large restitution sum was ordered by Hickey to begin payment immediately and must be fully fulfilled by the time Walsh ends his supervised release time -- which could be just over five years when accounting for early parole or slightly less than six years from now if he serves the full 30 months in prison.

Walsh began his career with SAYS in 1977. He formerly served as the executive director, where, beginning in 2013, he began a scheme of diverting nonprofit funds to Cranford and an unnamed Arkansas state senator in exchange for preferential treatment in securing and protecting state contracts with the Arkansas Department Health Services (DHS) and DHS’ Division of Youth Services (DYS), according to a statement from the Department of Justice. SAYS received state taxpayer-generated funds to operate.

The bribe monies were concealed as “legal retainer” fees that never resulted in actual legal work and did not pass the authorization of SAYS’s board of directors. SAYS, which is now defunct and filed for bankruptcy in January 2018, provided youth services for troubled juveniles across south Arkansas and operated multiple facilities in the Columbia County area, including corporate offices and dormitories in Magnolia and a youth “boot camp” in Lewisville.

Cranford, who was sentenced last November to 84 months in federal prison in Missouri, negotiated the amount paid to the senator, which amounted to over $120,000.

Additionally, as part of the conspiracy, Walsh admitted to paying Cranford’s lobbying firms above-market prices and employed a relative of Cranford who had a “no-show” job with SAYS, according to a DOJ statement. In total, Walsh illegally diverted approximately $262,000 in charity funds to Cranford’s lobbying firm and relative.

Before the sentence was handed down Wednesday, Pickett made a lengthy plea to the court in an attempt to lower the potential punishment for his client. He pointed to Walsh’s upstanding nature, his ailments, mental health, and age, as well as his military service time when the Pennsylvania native was part of a scout dog canine team that sniffed out and detected ambushes and booby traps by the Viet Cong. Walsh received multiple medals for valor during the war.

Pickett added that his client’s guilty plea has brought him embarrassment and that he will forever be known as a convicted felon, even after helping so many troubled youths for so long.

Walsh himself also spoke directly to the judge Wednesday before the sentence was handed down. He said that he accepted responsibility for what he did and that it was “illegal and irrational.”

“I had no criminal intent,” he said to the judge. “I was in a war with a state agency and had serious mental health issues.”

Walsh also noted that he was not aware of how to handle his depression and PTSD and mental problems at the time.

“In the last couple of years, I have been in a fight with my mental health and well-being,” he added.

Assistant U.S. Attorney Benjamin Wulff had the final statements before the sentence was issued by Hickey. The Fayetteville-based federal prosecutor in his time before the judge harped heavily on the fact that Walsh knew exactly what he was doing, even bragging about Cranford’s ability to influence state government in an email, and was part of a larger, menacing corruption scheme that has plagued Arkansas politics recently. One argument pointed to a 2013 Arkansas Senate bill called the Close to Home bill, that would have required more youth prisons and shelters to be built in order for parents or guardians to be closer to their troubled children around the state, which, according to Wulff, often resulted in more visits from families and better reform. But the bill would have required large incurred expenses from SAYS and the funneled monies helped fight it. The bill later became the Close to Home Act in March 2019.

“SAYS got $400,000 in state funds that could have been used on kids, but instead it was used to head off real reform,” said Wulff.

The federal prosecutor also noted that Walsh was in a “devil’s bargain” and hurt most the ones he was supposed to be helping.

“I cannot think of a more vulnerable person than incarcerated juveniles,” Wulff added.

Walsh and his family were paid handsomely by the diverting of SAYS funds. As executive director of the charity, the nonprofit head made around $120,000 per year, according to Wulff, and employed his wife, daughter, son-in-law, and son in executive or high-paying positions. In September 2018, Walsh’s daughter, Jennifer Knight, and her husband, Aric Knight, were both convicted for theft of property over $25,000 in Columbia County Circuit Court for illegally diverting thousands in SAYS funds for personal use. They were sentenced to 10 years probation.

“The money coming in from SAYS went to his family,” Wulff added.

All former SAYS offices or facilities in Magnolia are now closed or have been auctioned off as part of the nonprofit’s bankruptcy. Youth services that formerly stretched throughout the region are now largely defunct.

“But for payoffs and family looting, maybe SAYS would still be there,” Wulff said in his final statements to the judge.

Hickey, after the sentencing, stated that she hoped Walsh could use the punishment as a “life lesson” and that it was only a “bump in the road” for him. She also noted that people across the state now know they cannot get off lightly for such white-collar crimes, and echoed many of Wulff’s sentiments in regard to the people and area affected by Walsh’s crime.

“You basically brought down the creation you spent your whole life building,” she said. “And those services for youths are no longer available. Your actions have hurt all of South Arkansas and the integrity of the State Legislature.”

Editor's Note: This story has been edited from its original version. The prior stated that Walsh began at SAYS in 1987 but the year was actually a decade prior.