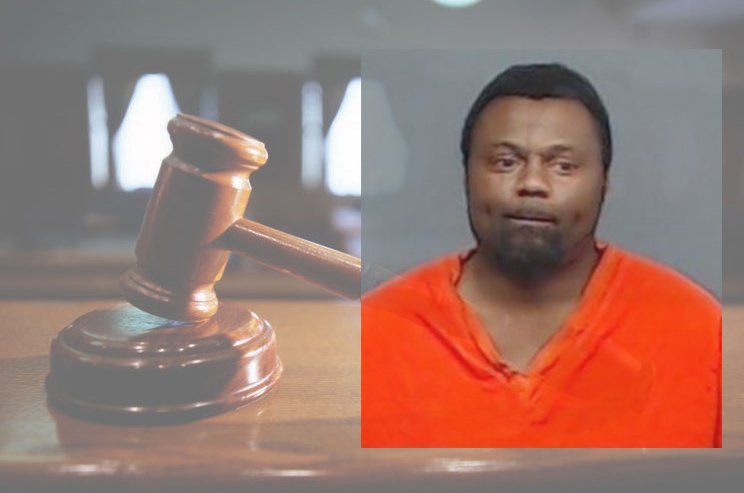 Cornell Witcher was sentenced to life in prison Wednesday in New Boston, Texas, after a jury heard a case involving the sexual abuse of a child under 14 that even one medical professional said was something she had never seen before.

NEW BOSTON, Texas — A man who repeatedly assaulted a 10-year-old girl in 2018 was found guilty by a jury Wednesday of the continuous sexual abuse of a child under 14 and sentenced to life in prison.

Cornell Ladell Witcher, 36, must serve every day of the sentence as there is no parole from the offense of continuous sexual abuse of a child. Witcher was also ordered to pay a maximum $10,000 fine.

"We've seen for years that our county citizens have a low tolerance for adults who abuse children. Here, Cornell Witcher, in sexually assaulting his 11-year-old victim, also exposed her to a sexually transmitted disease he carried. The jury additionally heard evidence that Witcher repeatedly and violently assaults women and has been convicted of shooting a female victim in the course of a robbery. For his deviant and disgusting behavior, the jury rightly judged that a life sentence without parole was warranted; our county is a safer place because of their verdict," First Assistant District Attorney Kelley Crisp said.

The jury was released from service by 202nd District Judge John Tidwell at about 6:30 p.m. Wednesday evening.

The victim, now 11, testified Wednesday that Witcher threatened to "kill me and my mama" if she told anyone about what he was doing to her in a bedroom of her mother's Bowie County home. Witnesses testified that the girl's family was familiar with Witcher because he had once dated the victim's older sister and that they had agreed to let him live in their residence for a small amount of rent.

In July 2018, the victim began "begging" an adult sister to let her stay at her apartment, the sister testified under questioning from Crisp. The older sister testified that she agreed for her sister to spend the night but insisted she bathe while there because of a foul odor coming from the child.

When the sister pressed the victim about the odd odor, the victim made an outcry of sexual abuse, describing repeated assaults by Witcher. The older sister contacted an adult brother of her's and the victim's who met them at the victim's mother's house to confront Witcher.

The brother testified that when confronted, Witcher just "hung his head" and left the residence without taking any of his personal belongings. The victim's family then called the Bowie County Sheriff's Office.

Nurse Practioner Cristi Hicks, who examined the victim at a local emergency room in July 2018, said the appearance of the victim's genitals led her to call for the emergency room physician Dr. Robert Fry. Hicks said she had never seen in a child or adult what she observed in the prepubescent girl.

Fry testified under questioning by Assistant District Attorney Lauren Richards that the odor noticed by the victim's older sister stemmed from her infection with a sexually transmitted infection, which causes uncomfortable and noticeable symptoms in women but which may go unnoticed and resolve on its own in men. When tested in January 2019, Witcher tested negatively for the infection.

A former girlfriend testified that Witcher physically assaulted her on numerous occasions during their relationship.

During closing arguments, Crisp and Richards urged the jury to sentence Witcher in such a way that he won't have the opportunity to victimize another woman or girl.

"Most of his adult life, all he's done is commit crimes. He rapes children, assaults women, robs our citizens," Crisp argued. "Don't give him the chance to do it again."