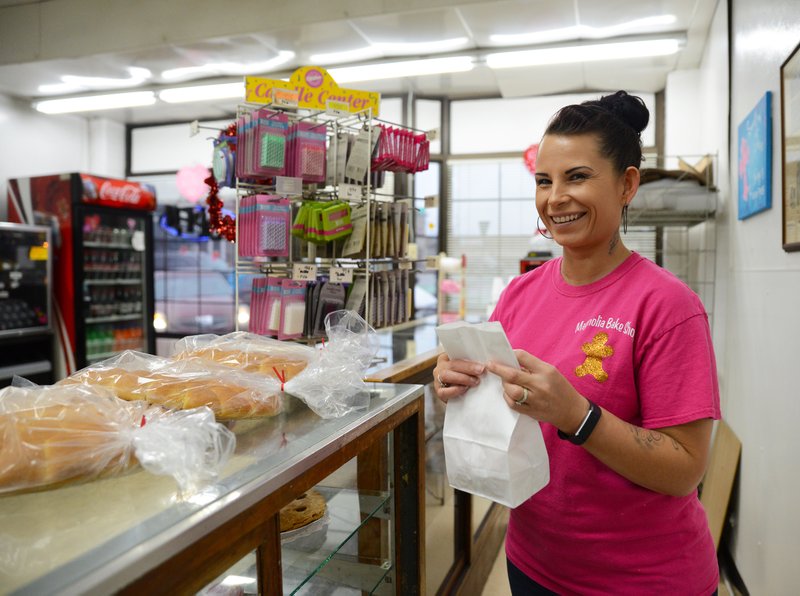 Amanda Ybarra on Tuesday morning helps fill orders during the first few days of her time as the new owner of Magnolia Bake Shop. She purchased the business, along with her husband, from the Stroope family which had run the shop for 92 years. - Photo by J.D. Bailey

After 92 years under the Stroope family’s ownership, Magnolia Bake Shop has changed hands. But the face not one unfamiliar to longtime customers.

Amanda Ybarra, an 18-year employee at the famed local pastry and sweet shop on Magnolia’s square, just recently took the reigns of ownership at the business. She has worked at the bakery since she was a teenager, beginning first as a register clerk, then working her way to head decorator and manager.

She said Tuesday that she hopes to update the flooring and roofing, but also keep all the charm and menu items that so many have come to love over nearly a century.

“We’ve got a chocolate chiffon cake that we’re looking as well as an orange chiffon,” said Ybarra. “But we’re keeping all of the things that people love. They don’t want to see things change from the way they remember them.”

The Bake Shop had previously been in the Stroope family for nearly a century but they've now retired. Betsy Stroope, who previously ran the business with her husband Stephen, on Feb. 3 thanked all former patrons and employees for their years of business and hard work, and announced the new transition of ownership.

“Stephen and I have retired from the bakery business,” she wrote on the Bake Shop’s Facebook page. “Jimmy and Amanda Ybarra are the proud owners. Stephen and I couldn’t be happier knowing we sold the bakery to someone who knows the business, loves it and is wanting to keep the Magnolia Bake Shop tradition going.”

The Bake Shop’s hours of operation will remain the same, according to Ybarra.

Some, including Arkansas food and travel writer Kat Robinson, even contend that Magnolia Bake Shop is the oldest continually operated bakery in the state. 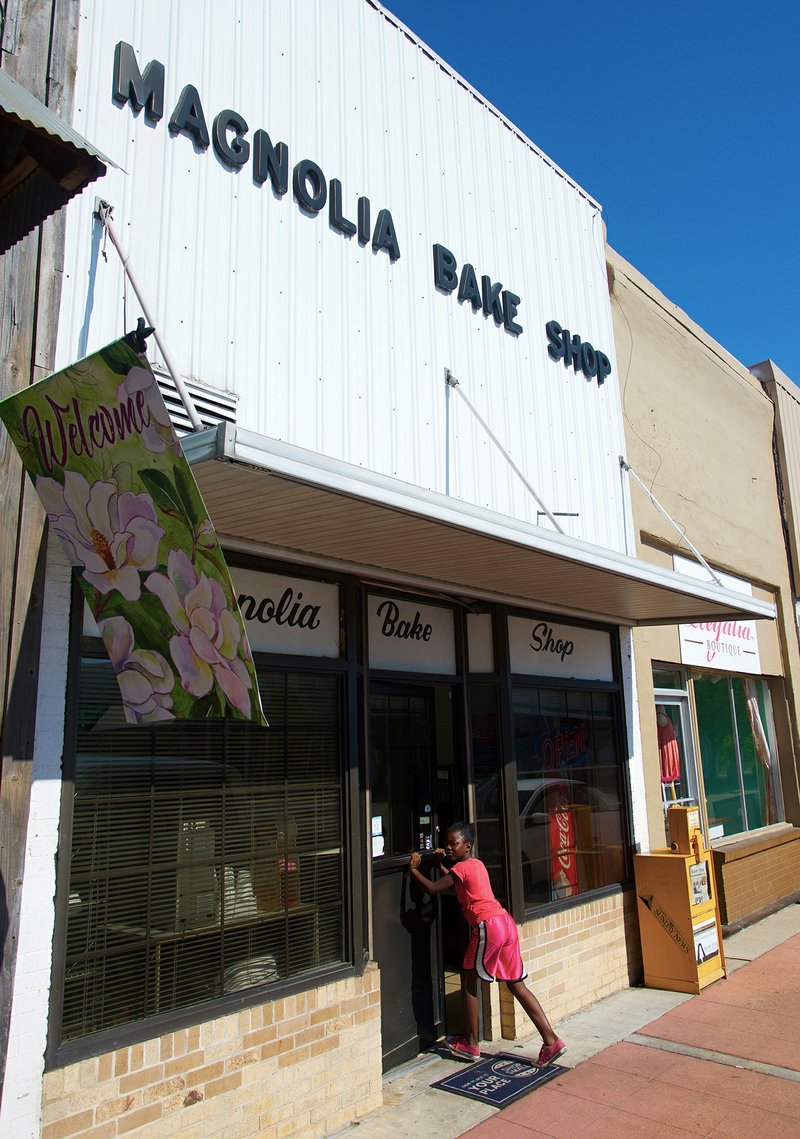 The bakery’s exact date of founding is unknown, but its inaugural year of operation is not. The Magnolia Bake Shop opened in 1928 near what is now an antique shop, along the square’s eastern side, before moving a few years later to its long established home on N. Jefferson Street. Gone are the other classic stores that also lined the same street, but the bakery, with its famous black block lettering and white façade, has stayed virtually same.

Roy Golden first founded the Magnolia bakery, but the business was soon turned over to Carmie and Lucy Stroope before the couple just four years later decided to open a bakery in Camden and passed the business on to another set of relatives, May and Hassie Beaty. The two ladies were the great aunts of Stephen and his two brothers, Joe and Willie Stroope. Their father, Joe Franklin, took over the Bake Shop from the aunts in 1961.

Over the following decades, the bakery added a few more treats to its menu and remodeled the interior, but the spirit of the place remained. Much of the same equipment — some thought to be 70 or 80 years old — is still used today, just as it was decades ago. The same scratch-made methods of weighing every ounce and pound of flour and sugar, and hand cracking every egg are still used as well. And customers still come to the bakery in search of the same pies, butter cookies, and sprinkled gingerbread men they had as children.

A typical day at the bakery still involves waking up hours before dawn to mix and proof dough every day and begin prepping for a day’s worth of baking.

“We used to say the only folks up at that time were police, bakers, and burglars,” Stephen told the Banner-News in 2018.

Ybarra hopes that all those old memories of everyone’s childhood in the bakery will continue for long, long time.

“I’ve been overwhelmed with emotion,” she said. “Everyone keeps saying, ‘I’m so glad it’s going to remain open -- but don’t change anything.’ And I just answer, ‘we’re not.’”

This story was edited Wednesday.