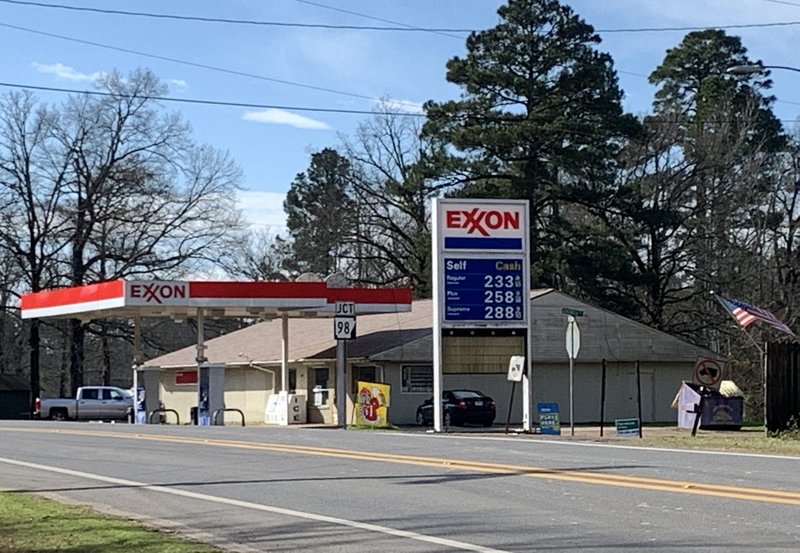 One of three co-defendants in a cash-stealing scheme in summer 2019 at Dixie Mart in Emerson (pictured) pleaded guilty last week in Columbia County Circuit Court. - Photo by Melanie Crumpler

A Haynesville, La., woman arrested in October 2019 has pleaded guilty to her part in a register theft scheme at Dixie Mart in Emerson that stole over $5,000 from the convenience store throughout last summer.

Melissa Marie Green, 36, was sentenced to five years SIS (suspended imposition of sentence) Thursday for her role in the scheme. She was initially charged for theft of property $5,000-$25,000 and engaging in a continuing gang organization or enterprise, but the latter felony count was dropped as part of a state-negotiated plea deal. Melissa is one of three co-defendants in the case, along with her sister, Michelle Green, and Latifah Randle, both also of Haynesville. The other two cases are still pending.

Melissa was also ordered to pay her part of $5,387.45 in restitution, plus court costs and fees, but her exact figure was not yet calculated Thursday, since she was the least of the offenders, according to Deputy Prosecutor Ryan Phillips.

Randle and Michelle also appeared in court Thursday, but their cases were continued to a later date as negotiations are still ongoing with the state. Their charges mirror those of Melissa’s original two felony counts for property theft and engaging in a continuing gang organization or enterprise.

The thefts were suspected after Dixie Mart owner Mike Cox on August 16, 2019, reported to the Columbia County Sheriff’s Office that his Emerson location had seen a loss of $24,000 after inventory and receipts were not a match at the store, according to a CCSO probable cause affidavit. The three co-defendants were named as suspects. Both Randle and Michelle were employees at the time at Emerson’s Dixie Mart.

Cox with the aid of video evidence laid out what he believed was the scheme that was employed by the workers. The owner told authorities that the cash register was opened with a key instead of automatically on transactions and sales monies were stashed on the side of the drawer. While some sales were rung up as lottery, fuel, and credit card sales, while other transactions were not accounted for and the cash was placed at the drawers’ side, according to court documents. Later, Melissa would come into the store to purchase items, and Randle gave her the set-aside bills as change, and she would leave, according to the affidavit.

The scheme was caught on camera July 7, 2019, and was believed to have occurred for months.

“The losses are so large because the inventory was leaving the store without being paid for,” the affidavit said.

The losses were not caught by a direct supervisor since the superior was new on the job.

“The manager at the time was new to the job and would not be familiar with what the normal would be,” stated the affidavit.

Randle was arrested Oct. 16, 2016, in Claiborne Parish, waived extradition, and was questioned at the Columbia County Sheriff’s Office. While there, according to court documents, she told police that Michelle concocted the scheme and that Melissa was also involved. She also described the cash skimming operation just as Cox had to police, according to the affidavit.

The following day, the Green sisters were arrested.

Michelle told police, according to case documents, that management changes and subsequent harsh working conditions are what drove them to ultimately concoct the thefts.

“They wanted us to be like slaves,” the affidavit said.

Melissa told authorities that she received no money for her participation in the scheme, and acted as the fraudulent buyer to transfer set-aside cash around five times. She also said that she was made to believe that the funds came from lottery winnings from her sister.