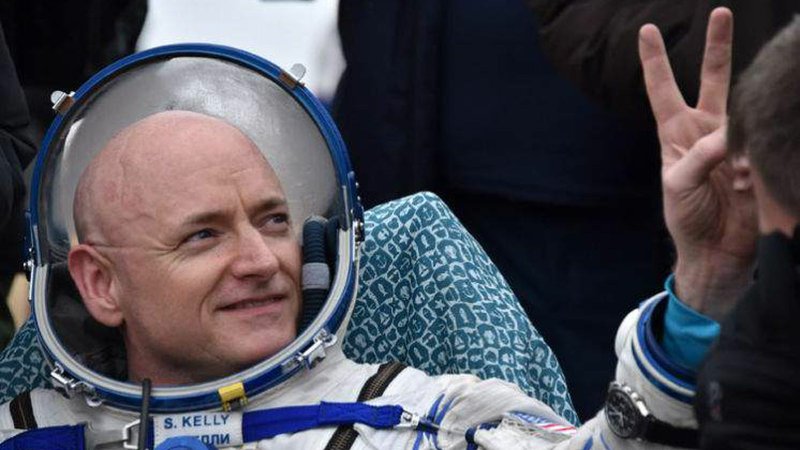 TEXARKANA, Texas –- Farmers Bank & Trust is bringing NASA’s history-making Astronaut Captain, Scott Kelly, to Texarkana as a part of its Distinguished Speaker Series. The event, scheduled for April 2, raises scholarship funds for students at the University of Arkansas Hope-Texarkana (UAHT) and Texarkana College (TC) who wish to transition to Texas A&M University-Texarkana to complete their four-year degree.

Kelly is a former military fighter pilot and test pilot, an engineer, a retired astronaut, and a retired U.S. Navy Captain. A veteran of four space flights, Kelly commanded the International Space Station (ISS) on three expeditions and was a member of the yearlong mission to the ISS.

In October 2015, he set the record for the total number of accumulated days in space and was the first person to complete a year-long mission in space, the single longest space mission by an American Astronaut. His memoir, Endurance: My Year in Space and Our Journey to Mars, is a New York Times Best Seller and has been optioned as a film by Sony Pictures. Captain Kelly resides in Houston, Texas.

This is the second Farmers Bank & Trust Distinguished Speaker Series event in Texarkana. 2019’s inaugural event featured economist and Hollywood personality Ben Stein, and raised in excess of $23,000 for transfer scholarships to A&M-Texarkana.

“UAHT is honored to be a partner with Farmers Bank & Trust for the Distinguished Speakers Series, said UAHT Chancellor Chris Thomason. “This event is a tremendous opportunity to engage our greater community in a thoughtful and active conversation while supporting UAHT graduates in continuing their education with Texas A&M University-Texarkana. It advances our students’ success locally while strengthening the partnerships between the three institutions of higher education that call Texarkana home.”

The dinner and lecture portion of the event will be held on April 2nd, 2020, at 7:00 p.m. at The Hilton Garden Inn Texarkana Convention Center, 2910 South Cowhorn Creek Loop, Texarkana, Texas. There is also a private cocktail reception to meet Captain Scott Kelly at 5:00 p.m. in the Farmers Bank & Trust Main Branch located at 2900 St. Michael Drive in Texarkana, Texas. Reservations for the dinner and lecture are $100 each, while reservations for the private reception and the dinner/lecture are $200. Reservations may be made online at www.tamut.edu/farmers or in person in the Business Office on the TAMUT Campus, located in the Building for Academic and Student Services at 7101 University Drive, Texarkana, Texas.