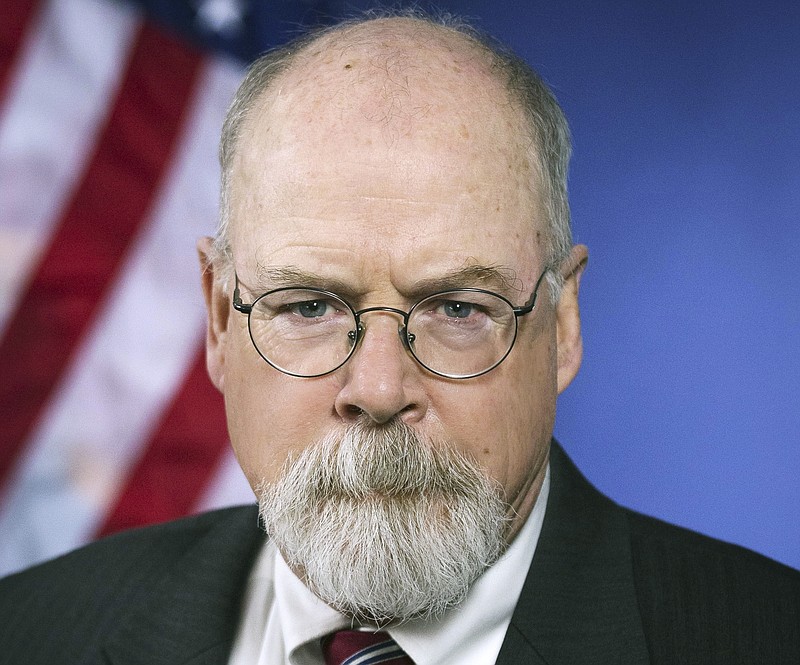 FILE - This 2018 portrait released by the U.S. Department of Justice shows Connecticut's U.S. Attorney John Durham. Former FBI lawyer Kevin Clinesmith will plead guilty to making a false statement in the first criminal case arising from U.S. Attorney John Durham's investigation into the probe of ties between Russia and the 2016 Trump campaign. - Photo by U.S. Department of Justice via AP

WASHINGTON — A former FBI lawyer pleaded guilty Wednesday to altering a document related to the secret surveillance of a former Trump campaign adviser during the Russia investigation.

Kevin Clinesmith is the first current or former official to be charged in a special Justice Department review of the investigation into ties between Russia and Donald Trump’s 2016 presidential campaign. Attorney General William Barr appointed John Durham, the U.S. attorney in Connecticut, to scrutinize decisions made by officials during that probe.

Clinesmith pleaded guilty via audio conference to a single false statement charge, admitting that he doctored an email that the FBI relied on as it sought court approval to eavesdrop on former Trump campaign aide Carter Page in 2017.

The sentencing guideline calls for zero to six months in prison, but the punishment is ultimately up to U.S. District Judge James Boasberg, who accepted Clinesmith’s plea. Clinesmith resigned from the FBI before an internal disciplinary process was completed.

The case highlights broader problems with the FBI’s surveillance applications on Page, an issue that has long animated critics of the Russia investigation.

Charging documents filed Friday say Clinesmith altered an email he received in June 2017 from another government agency to say that Page was “not a source” for that agency, then forwarded it along to a colleague. The document does not say which agency, but Page has publicly said that he had worked as a source for the CIA.

The FBI relied on Clinesmith’s representation in the email when it applied for a third and then final time to the Foreign Intelligence Surveillance Court to renew its secret surveillance of Page on suspicions that he was a potential Russian agent.

Information about any relationship Page had with another government agency would have been an important fact to disclose to the FISA court since it could have helped explain Page’s interactions with Russians.

Clinesmith mostly answered formulaic questions from the judge with brief responses, but he did elaborate to clarify the nature of his conduct and to make clear that he thought the information he had included in the email was factually accurate at the time he altered it.

A Justice Department inspector general report issued last December found significant errors and omissions in the four applications that the FBI submitted to eavesdrop on Page, and said officials failed to update the court after receiving new information that undercut the original premise that Page may have been an agent of a foreign power.