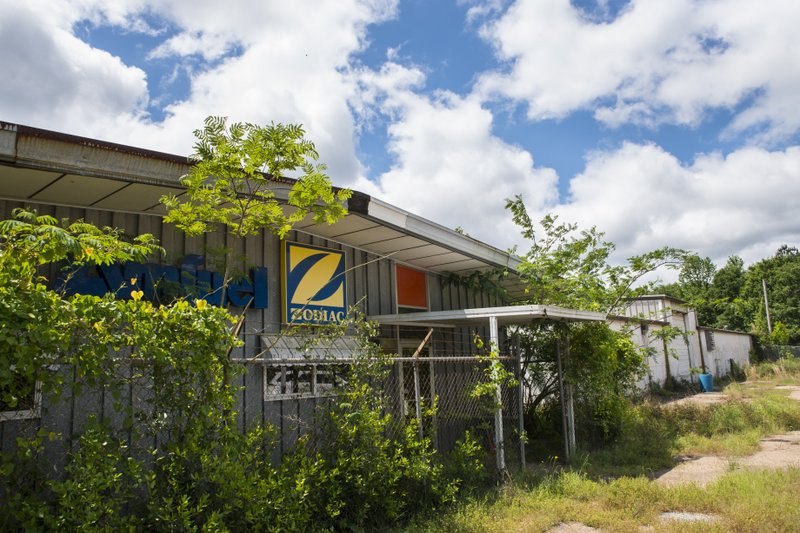 The 7-acre industrial site at 2015 Field St. that has been used by the city of Magnolia for storage will now be leased to Amfuel as the local company expands its manufacturing base. - Photo by J.D. Bailey

In what was a first that Magnolia Mayor Parnell Vann recalled, the Magnolia City Council met outdoors on Thursday evening for a specially-called gathering to discuss, and ultimately pass, a resolution authorizing the lease of a city-owned industrial site to the ever-expanding Amfuel corporation.

The property at 2015 Field St. -- which was formerly a Zodiac-Amfuel facility, and before that, C.B. Form Co. Inc. -- is now set to be up-and-running again in the near future. The 7-acre property was purchased by the city of Magnolia in late 2016, according to Columbia County tax records, for $75,000 from the now-bankrupt American Fuel Cell & Coated Fabrics Company. The new Amfuel, which was purchased out of Bankruptcy in late 2018 by LB Capital Advisors, now urgently requires additional space. 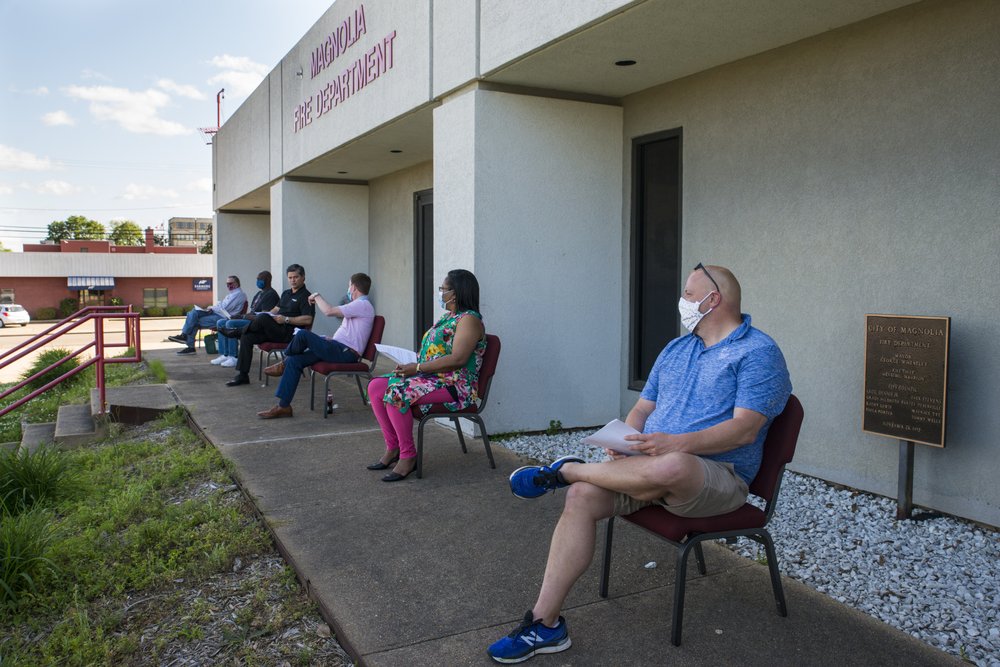 Magnolia City Council members, most of whom were masked, sit outside of their normal meeting chambers on Thursday, April 23, during a specially-called meeting.

“They are hiring like crazy,” said Ellie Baker, director of economic development for Magnolia.

Even with some industries and businesses faltering amid large nationwide shutdowns due to coronavirus, the Magnolia plant, with its secured government defense contracts, is going like gangbusters.

Amfuel’s primary manufacturing facility is located at 1706 N. Vine in Magnolia. The company in December broke ground on a $2.3 million “preferred fuel cell” project as part of the company’s expansion. The City of Magnolia, through its economic development fund, pitched in $150,000 last year to help the joint Amfuel-DoD (Dept. of Defense) deal cross the finish line.

The Magnolia City Council on Thursday was again more than willing to help out one of its largest, and growing manufacturing plants. The company is expected to hire an additional 100 workers over the next year or so, with 10-15 going to the new Field St. property, according to Baker.

“They really need some space,” she said, “and we have some space.”

The Field St. facility is currently unoccupied and used only for Magnolia Water Department storage. The lease approved Thursday by the Council is for 99 years. Amfuel, according to Baker, may still wish to outright buy the property, but the lease was requested by the company due to the immediate need for the extra workspace.

The company is expected to soon begin a $100,000-$150,000 renovation on the industrial site. The city is only responsible for paying the taxes on the property, but, as noted by Baker, municipalities are exempt from owing property tax.

“They’ll just take over any utility bills and any renovation [costs],” said Baker. “It is as is, where it is, and that’s it.”

The lease, was said by Baker to be for “a very minimal amount."

Alderman Jamie Waller, who was behind the deal with Amfuel and expressed his appreciation for the company and what it could mean for Magnolia, even saying “I think this is a great opportunity to help an outstanding organization that has been amazing to Magnolia,” sought clarity on the lease. He specifically inquired on why the lease was so long and what incentive the company would ever have to purchase the property with such a lengthy term.

Baker answered by stating that Amfuel wished to “protect their investment” with the long lease and that the company would likely seek to buy the location outright at some point down the road.

“They prefer to own it,” she said, “But right now, with the situation that we’re in, they really need to get that going. ...They just don’t have the time right now for the loan and all of the paperwork, etc.”

Magnolia City Attorney Michael Boyd and Baker both noted to the Council that the lease has built-in language to protect the city. The agreement states that, if Amfuel ceases operation or if both parties agree to part ways from the lease, the city regains the building and all of its improvements.

There was no timetable given on when the Amfuel will begin work on the new property, but city vehicles were seen Thursday at the Field St. site already moving items out.