A video screenshot shows the aftermath of a tractor-trailer rig full of toilet paper that caught fire early Wednesday along I-20 near Dallas. - Photo by AP courtesy of KDFW-FOX 4 in Dallas.

The fire shut down westbound lanes of Interstate 20 near Interstate 45 in Hutchins, the Texas Department of Transportation said. 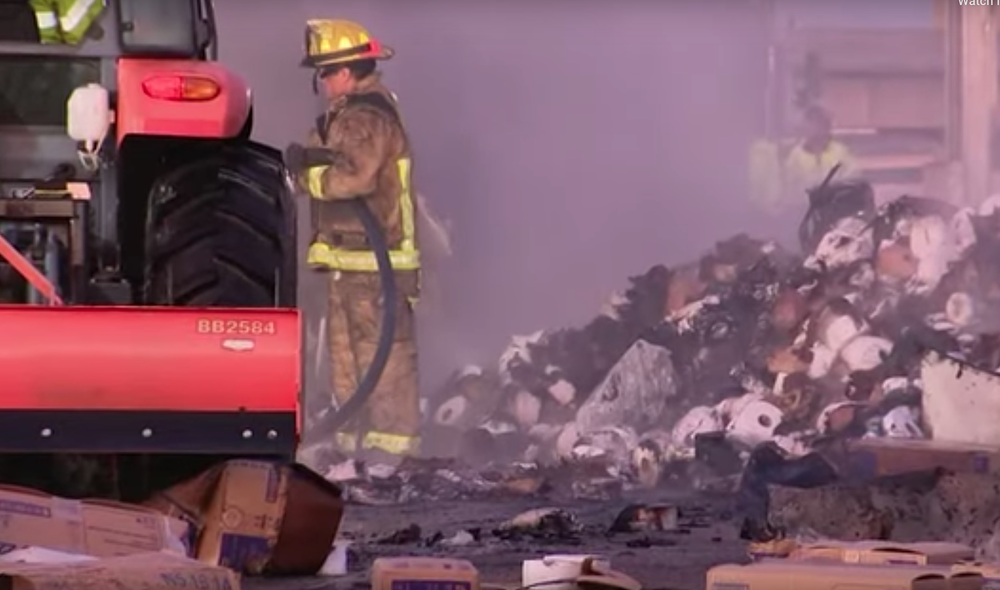 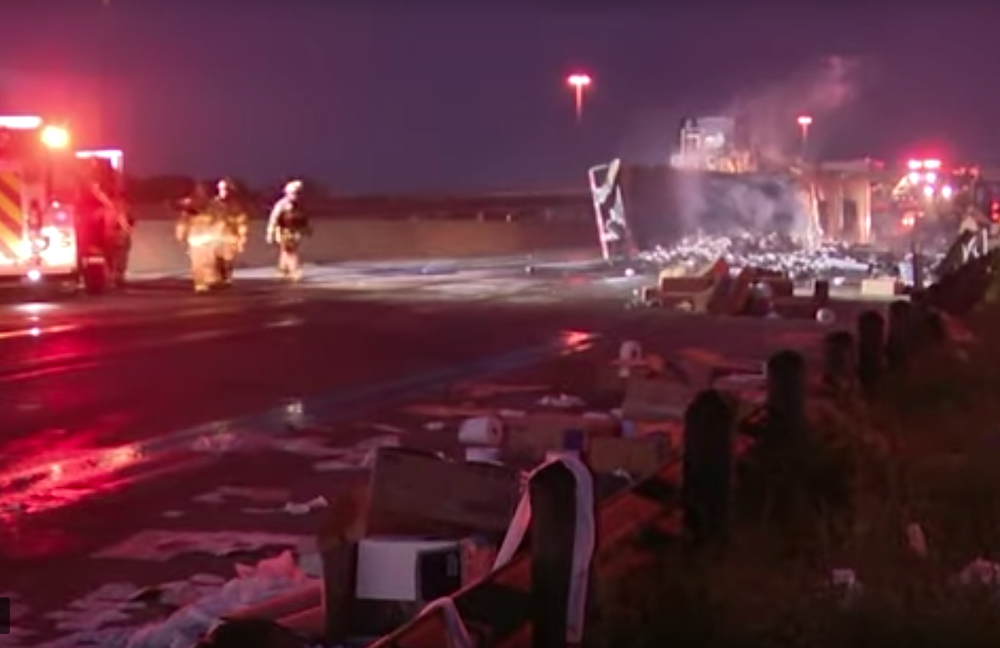 A firemen works on the wreck site along I-20 early Wednesday morning.

The driver of the truck is OK, officials said.

The toilet paper appeared to be large rolls typically used in stores, restaurants and other businesses. Texas Department of Transportation officials said the load of toilet paper “burned extensively,” according to Dallas TV station WFAA.

Toilet paper has been in high demand amid the coronavirus pandemic. Producers ramped up production and shipping operations to resupply stores wiped out by consumers buying toilet paper and paper towels in bulk.