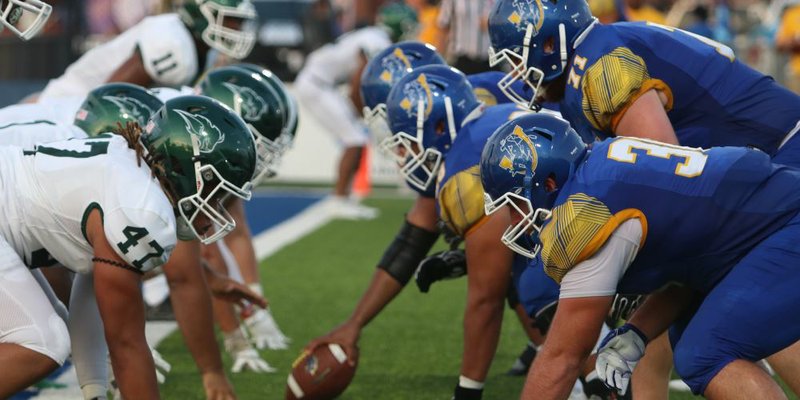 RUSSELLVILLE - Southern Arkansas accomplished several things over the weekend, but nothing wasn’t as big as breaking the jinx of winning at Arkansas Tech in Russellville.

“I thought we did some good things in the second half, but our inexperience showed in the first half,” said the coach.

Washington started with a 20-yard run on the game’s first play and had another 20-yard burst three plays later. With 7:44 on the clock, senior SirCharles Perkins crossed the goal line from the 11 and Austin Wilkerson’s PAT made it 7-0.

The teams then combined for five punts before Lorenzo Watkins came up with an interception midway through the second quarter. Two plays later, Washington fumbled and the Wonder Boys got on the board at the 1:40 mark to make the half-time score 7-7.

Following a 44-yard kickoff return by Mahleik Darty, the Muleriders went up 14-7 on Jones 2-yard score. Washington had runs of 10 and 13 yards on the drive, while Perkins ran for 12 yards to the 2.

Midway through the quarter, LaMondrick Turner scooped up an ATU fumble, but SAU was forced to punt three plays later.

DeMarcus Pegue came up with a game-ending interception for SAU.

The Muleriders return to Wilkins Stadium Saturday for a 2 p.m. GAC battle with Southwestern Oklahoma State.