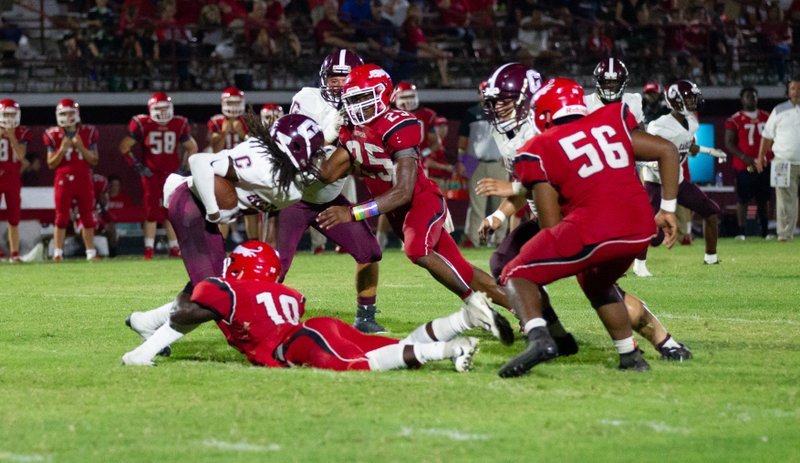 The Magnolia Panthers (2-1) have had 12 days to prepare for tonight’s 5A-South Conference opener against Arkansas High in Texarkana. The Razorbacks (1-1) have been off for 24 days, having played their last game on Sept. 6.

Offensive executions and tackling on defense will be keys for both teams as they try to get off to a positive start in this season’s conference race. Kickoff at Razorback Stadium is set for 7 p.m.

The defending conference champion Razorbacks went a perfect 7-0 in conference last season, while Magnolia lost four league battles that included a 41-7 defeated at the hands of tonight’s opponent. This season, the Razorbacks are picked to finish second behind Little Rock McClellan, while the Panthers have been tagged to come in fifth behind third-place Camden Fairview and fourth-place Hot Springs Lakeside.

One of the Panthers’ weakness during the nonconference season was holding onto the football. They, according to Maxpreps.com, lost a total of nine fumbles in three games with senior quarterback Braelyn Beasley being charged with five of them.

In the flexbone offense, first-year head coach Mark King uses several athletes in the backfield and has said, “We don’t lose anything no matter who is back there. They all are good.”

Senior Amir Cooper is the leading ball carrier after three games with 206 yards and averaging 68.7 per contest. He’s followed by Beasley with 157 and a 52.3 average per game.

Others backs and yards include James’Darius Smith (115), Demarco Walker (106), Javorrea Murphy (106) and Maurice Strickland (75). Robert Mack and Shawn Bell have also had touches in the backfield this season.

Other area games of interest are Bearden at Fordyce, Strong at Junction City, Hampton at Parkers Chapel, Murfreesboro at Lafayette County, Camden Harmony Grove at Bismark and Lake Hamilton at El Dorado.