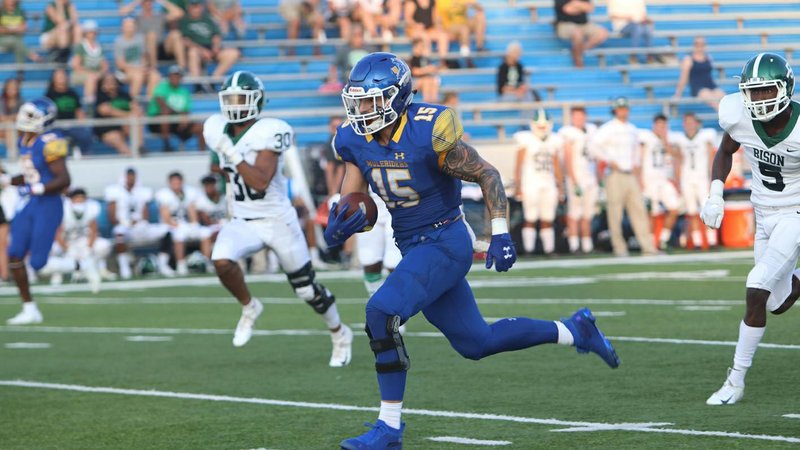 There will be a lot on the line tonight when the Southern Arkansas Muleriders (2-0, 2-0 GAC) host 23rd-ranked Harding (1-1, 1-1 GAC) tonight at Wilkins Stadium.

Family Day activities will be going on all day, but the kickoff on Rip Powell Field is set for 6 p.m. and the Great American Conference showdown is expected to be a good one.

The Muleriders are not only looking to stay perfect in the league, but want to keep their nation’s longest NCAA Division II home winning streak alive. A last-second field goal at home last week allowed them to do just that and make it 17th straight home win.

Ironically, the last loss at Wilkins Stadium was in 2015 when Harding outscored the Muleriders. It was a high-scoring 70-42 defeat at the hands of then No. 16 Harding. SAU will again face the flexbone offense of the nationally-ranked Bisons which has made back-to-back-to-back appearances in the NCAA Division II Playoffs and a run to the national semifinals in 2017.

Tonight will be the 56th time these two teams have met and the series is deadlocked at 27-27-1. The Muleriders upset then sNo. 7 Harding 28-23 on the road last fall. It was a victory that saw SAU defeat its highest ranked opponent in program history and was also the Muleriders’ first win in Searcy since 2003.

A win tonight would give Southern Arkansas its third-straight victory over Harding, something the Muleriders haven’t accomplished against the Bisons since winning four-consecutive meetings from 1980-1983.

Also of interest, SAU sophomore place-kicker Austin Wilkerson was named the GAC’s Special Teams Player of the Week after connecting on all three PATs and field goals, including his career-long 48-yard game winner.

Harding’s Cory Batie, a junior defensive back, was named the GAC’s Defensive Player of the Week following a five tackle, two interception performance against the UAM Boll Weevils. He returned one of the interceptions 75 yards for a score and his other pick went for 77 yards and led to a Harding field goal.