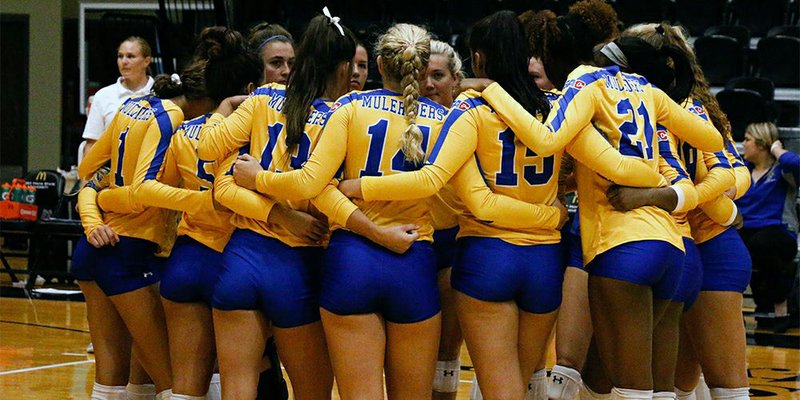 After falling to OBU, the Lady Mulerider volleyball team will play in Alabama this weekend. - Photo by Southern Arkansas University

ARKADELPHIA - Southern Arkansas opened its Great American Conference volleyball schedule Tuesday by winning set one 25-23 against Ouachita Baptist, but dropped the final two sets 25-21 and 25-16. They will return to action this weekend in the West Alabama Tournament in Livingston.

Seven Powers and Gabby Thrower led the Lady Muleriders with 14 kills on 35 attempts each. Powers added three service aces, two blocks and six digs as well. Morgan Gross was the other Lady Mulerider with double-digit kills with 12.

Alana Perez led all players with a game-high 19 digs. The junior from Crosby, Texas, now has 112 digs this fall, only 64 off her total from the entire 2018 season.

In golf, the Muleriders logged a sixth-place finish at the 21st Annual NSU Golf Classic on Tuesday in Muskogee, Okla. The Muleriders concluded their second tournament of the fall with a pair of players in senior Kade Johnson and junior Roman Timmerman recording top 15 finishes.

SAU finished sixth with a three round total of 860 (+8). The Muleriders were seven strokes back of Southwestern Oklahoma State, edged Harding by a single stroke and topped Henderson State by three strokes.

The Muleriders will be in action again on October 7-8 at the Central Region Invitational hosted by Missouri Western State in St. Joseph, MO.