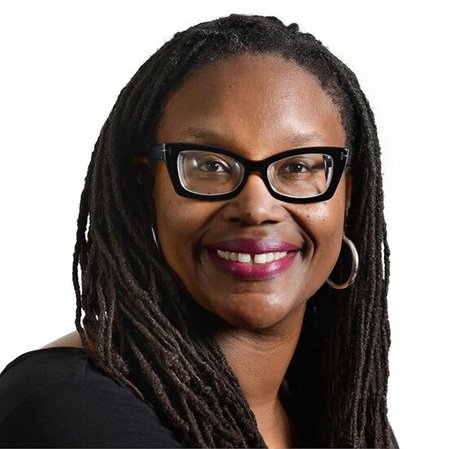 Dr. Cherisse Jones-Branch has taught history at Arkansas State University since 2003. She will headline the Walz Lecture at SAU on Sept. 24. - Photo by Southern Arkansas University

Cherisse Jones-Branch will deliver the annual Robert B. Walz Lecture in Arkansas and Regional History at 7 p.m., Tuesday, Sept. 24, in the Grand Hall of the Reynolds Center at Southern Arkansas University.

Her presentation will be “African-American Women’s Lives and Activism in Rural Jim Crow Arkansas.”

She is the James and Wanda Lee Vaughn Endowed Professor of History at Arkansas State University. She is on the Executive Committee of the Agricultural History Society, served as the chair of the Arkansas Humanities Council board of directors and is a member of the Black History Commission of Arkansas.

Her forthcoming book, “Better Living by Their Own Bootstraps: Rural Black Women's Activism in Arkansas, 1913-1965," will be published by the University of Arkansas Press.

Her first book, "Crossing the Line: Women's Interracial Activism in South Carolina During and After World War I," examined how African-American and white women collaborated through a variety of organizations to lay the foundations for the 1960s civil rights movement. The Association of Black Women Historians awarded the work the Letitia Brown Woods Book Award.

Dr. Jones-Branch co-edited "Arkansas Women: Their Lives and Times," a 2018 collection of biographical essays on women from the colonial era through the mid-20th century. A review in the Journal of American History praised the book for uncovering “value in the lives of women in all facets of Arkansas history.”

She recently was the co-editor for a special issue of Agricultural History, the leading journal on rural studies, entitled “African American Women in Agriculture During the Jim Crow Era.” She also contributed to this issue an essay on African American rural schools in Arkansas.

Arkansas State University, where she has taught since 2003, has conferred on her numerous teaching and research awards.

Dr. Robert Walz taught history at SAU from 1958 to 1987. He promoted the study of Arkansas history through his scholarship, preservation of historic photographs, and leadership in state organizations.

The Walz Lectureship was established in 1995 with a bequest from the estate of Mrs. Curtistine A. Walz, in honor of her husband’s long service to the university.

The lecture is sponsored by the College of Liberal and Performing Arts at Southern Arkansas University. For more information, contact Dr. Helmut Langerbein [email protected]