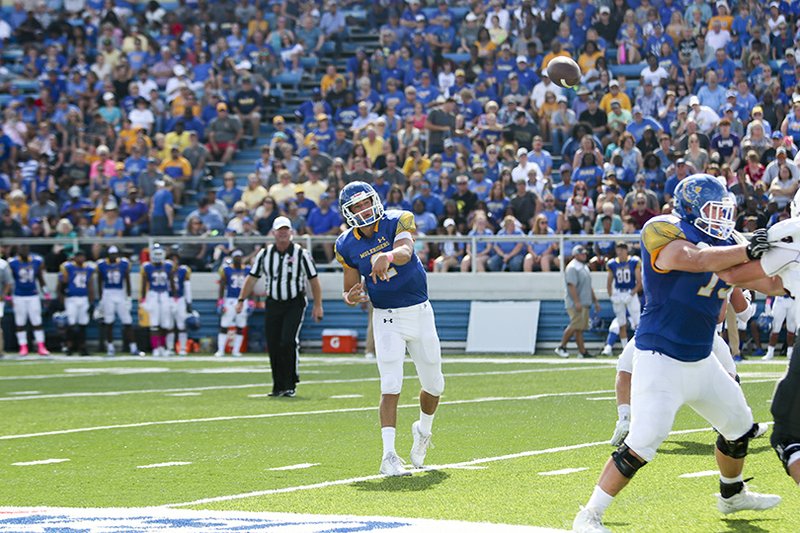 With its first game of the 2019 season in Magnolia, Southern Arkansas University is showing is appreciation for local heroes. On Saturday, military veterans and first responders will be granted free entry -- with a valid I.D. or badge -- to the University’s home football opener.

Wilkins Stadium will also host an expanded Mulerider Marching Band pre-game show where all area veterans and first responders will be honored. The program will feature representatives from local agencies who will assist with Saturday’s coin toss, which will be performed by Lt. Kre McMahon. The U.S. Army officer joined SAU in the fall to kick off the return of the university’s military officer training program on campus.

In collaboration with the Arkansas Army National Guard, SAU developed a Military Science minor which equips students for the Guard Officer Leadership Development (GOLD) program. Upon graduation, students in the program will be eligible to attend Officer Candidate School (OCS) to commission as second lieutenants.

“SAU has a long history of supporting the armed forces and is excited to bring a program back to campus to benefit our first responders,” said a Southern Arkansas University news release.

Saturday’s festivities begin at 3 p.m. with Mulegating at SAU’s Alumni Center. Food is sponsored by BancorpSouth. The pre-game show begins at Wilkins Stadium at 5:45 p.m., and kickoff is at 6 p.m.

For more information about Mulegating or the day’s activities, contact the Alumni Office at 870-235-4079 or email [email protected]