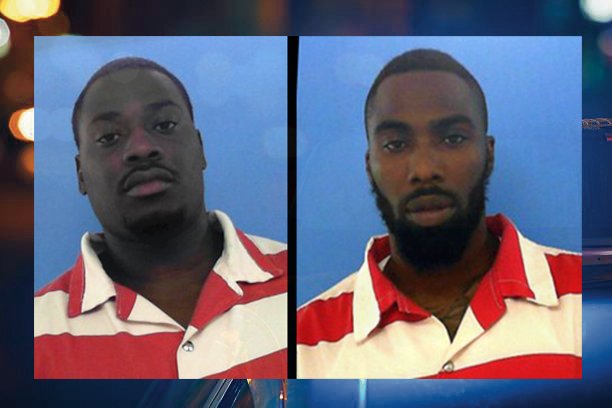 Area authorities have arrested Pharrell Jackson (left), 29, and Paterion Jackson, 28, for multiple drug and firearm charges after a Sept. 6 methamphetamine bust at a Linda Street home located less than 1,000 feet from the campus of Magnolia High School. - Photo by Columbia County Sheriff's Office

In a recent joint-agency effort between the Magnolia Police Department, Columbia County Sheriff's Office and the 13th Judicial District Drug Task Force, area authorities have netted a major methamphetamine bust at a home located just yards away from the campus is Magnolia High School.

According to the MPD news release, a search took place on Sept. 6 at 1303 Linda Street that saw the seizure of approximately 1 pound of methamphetamine, as well as two handguns. The address is less than two blocks from the school.

The search also netted the arrest of Pharrell Jackson, 29, and Paterion Jackson, 28, of Magnolia.

Simultaneous possession of drugs and firearms is a Class Y felony in Arkansas. The single charge alone could net 10-40 years or life in prison if convicted.

Both men are currently held at the Columbia County Detention Center. Paterion’s bond, according to the facility’s inmate records, is $300,535, while Pharrell’s bond is $500,000.