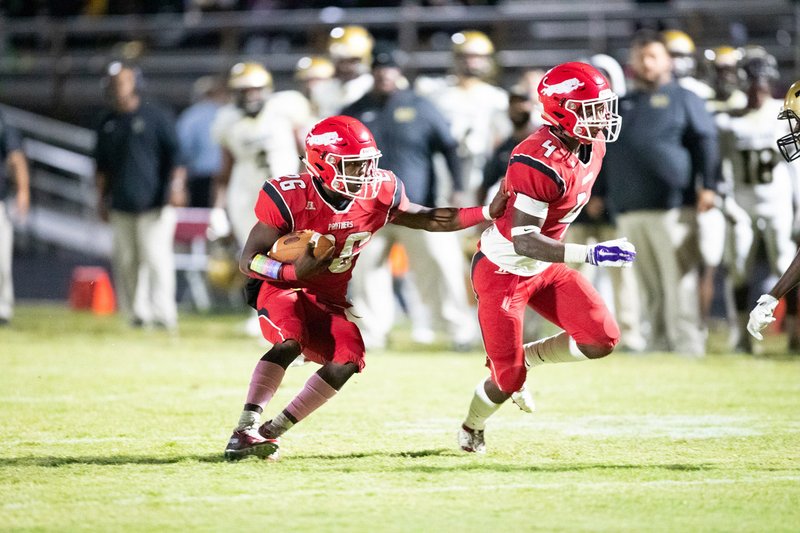 Magnolia will face it “biggest” challenge of the season when it travel to Little Rock tonight to battle the McClellan Lions. Kickoff is at 7 p.m.

Both are tied for second place in the 5A-South Conference standings, behind Hot Springs, Hot Springs Lakeside and Texarkana with their 3-1 marks. Only the top four teams will advance to the Class 5A State Playoffs, which starts the second week in November.

“We are in the race for a playoff spot. At this point, we can finish anywhere from two to four or out of it. We just have take care of our business every week,” said Magnolia head coach Mark King.

His Panthers, after back-to-back wins over Camden Fairview (7-6) and Hot Springs (21-18), will square off against a McClellan team that loves to run the ball behind a huge offensive front.

Magnolia and McClellan are both coming off close fourth-quarter games, with the Panthers winning 21-18 over Hot Springs and Lions losing 30-28 to Texarkana.

The Panthers led the Trojans for three periods before falling behind 18-14 with 11:54 to play. Magnolia James’Darius Smith scored on a 25-yard run with under two minutes left to give the Panthers the win.

McClellan led Texarkana 20-9 early in the final period. With 11:21 remaining, the Lions led 20-17 following a 62-yard TD pass and two-point conversion by the Razorbacks.

After recovering a pooch kick on the ensuing kickooff, Texarkana took a 24-20 lead at the 5:17 mark.

McClellan bounced back with a 48-yard TD pass from quarterback Joshua Brown to receiver Brandon Williams, making it 28-24 with 3:14 on the clock.

Texarkana mounted a 10-play, 76-yard drive and scored from the 5 with less than a minute remaining to claim the two-point victory.

After tonight, only two more games will remain in conference play.