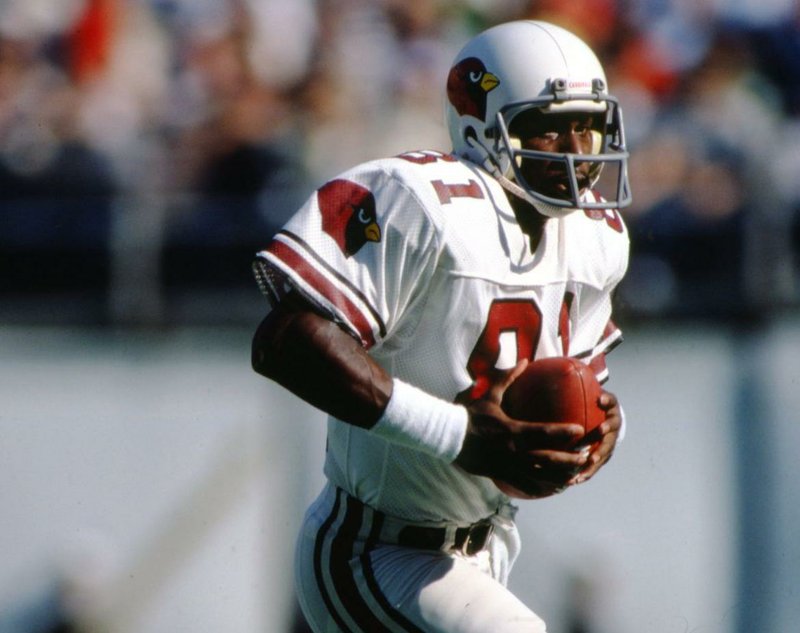 Green with the NFL's Phoenix Cardinals.

To honor an accomplished football career at the high school, college, and professional level, the Magnolia School District will retire the #25 football jersey of former Magnolia High School student, Roy Calvin Green, during homecoming ceremonies on October 18. At their regular October board meeting, the Magnolia School Board unanimously voted to recognize Roy’s accomplishments with the retiring of his high school football jersey.

Roy Green is a 1975 graduate of Magnolia High School. He was a very talented overall athlete who participated in football, basketball, and track each year of his high school career. However, it was on the football field during his senior season that Roy’s abilities shone the brightest. He played multiple positions for the Panthers that included split end, defensive back, and punt/kickoff returner. During his senior year, the Panther football team won the 1974 AA State Championship. Roy was selected to the All-District and All-State football teams, and additionally, to the Arkansas Gazette Super Dream Team.

Roy continued his football path with a college career at Henderson State University in Arkadelphia. The 1977 season brought an AIC championship to the HSU Reddies with Roy being selected to the AIC All-Conference team. Roy earned another AIC All-Conference selection and an NAIA All-American honor during the 1978 season. 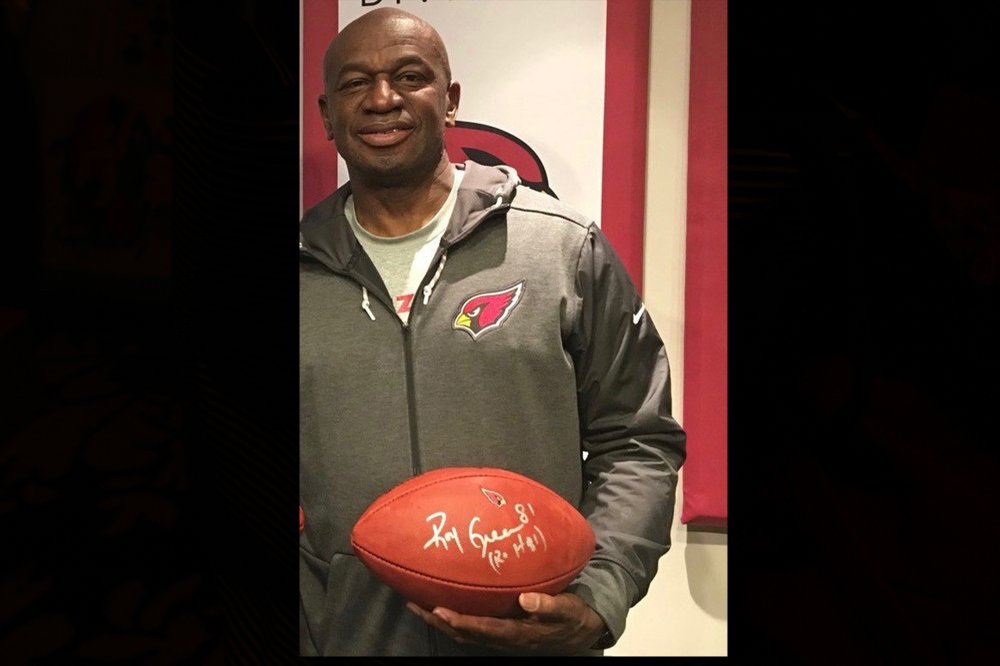 The ultimate goal of many young football players is to have a chance to one day play at the highest level of competition. In 1979, Roy Green achieved his dream when he was selected to play professional football by the St. Louis Cardinals. He was selected in the 4th round and the 89th overall pick of that year’s NFL draft. The Cardinals later moved to Arizona, but Roy had a career that spanned from 1979 to 1990 with the organization. He finished his professional career with the Philadelphia Eagles in 1992.

Roy accumulated many individual accomplishments during his professional career. In 1979, he set an NFL record for the longest kickoff return. In 1981, he became the first NFL player to start on both offense and defense. Roy was selected 1st Team All-Pro in both the 1983 and 1984 seasons. He ended his professional career with a total of 559 receptions and 66 touchdowns and 8,965 receiving yards.

Green was also honored by Hall of Fame coach and television color man, John Madden, in his annual All-Madden Team. Madden stated that at one point, he regarded Green as not the best receiver in the game but the best player.

Magnolia High School will celebrate homecoming on Friday, October 18. Roy will be present to tour the campus and greet faculty, staff, and students during the day. He will also take part in the homecoming ceremonies in Panther Arena starting at 2:15 p.m.

At halftime of the homecoming game between the Magnolia Panthers and the Hot Springs Trojans, the 1999-2000 football team will be recognized; the 1974 State Championship team will be acknowledged; and the retirement ceremony of Mr. Green’s #25 jersey will be held.