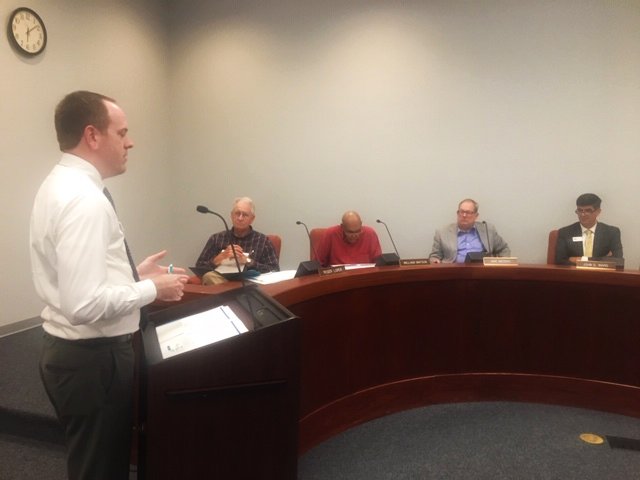 The Magnolia School Board of Education voted Monday to retire the jersey of former star athlete Roy Green, who wore the number 25 jersey during the last Panther football state title 45 seasons ago.

The decision went with an immediate consensus of the board as it has already been heavily discussed in the past. Green was the Class of 1975 standout who went on to become a collegiate All-American and played 14 years in the NFL.

“After going through all the accomplishments, he meets all the requirements,” Superintendent John Ward said.

The former Henderson State University All-American and NFL star has already been inducted into the Missouri and Arkansas Sports Hall of Fame. His jersey has been retired by his college team and Green was inducted into the Cardinals Ring of Honor in 2016. During the induction speech, the former All-Pro wide receiver thanked to his home town of Magnolia.

Also Monday, the board unanimously approved “A” bonds and “B” bonds presented by Michael Dobbs, an analyst for the FirstSecurity Beardsley in Little Rock. The projected earnings for “A” bonds would be $458,247 by Feb. 2047. This is at an expected rate of 2.93 percent.

The projected earnings of the “B,” bonds is $338,000 at a rate of 2.74 percent. Both bonds are dated by Jan. 2020 and are unrestricted meaning the board will be able to spend the money in any manner they chose too.

“You can do anything with them,” Dobbs said.

The goal will be to spend the bond money within a three-year time frame.

In other business Monday, the board approved Price Oil Company to make a bid for the district for .0499 over the rack price at the El Dorado refinery.

Also Monday, the board approved a resolution to adopt the Columbia County Hazard Mitigation Plan. Ward said this will help the district receive grants.

During his superintendent’s report, Ward said that the auxiliary gym is finished and the ninth-grade academy is scheduled to be completed by Dec. 9. He said they are hanging sheetrock and installing ceiling grids.

Performing arts is scheduled by 2020 and they are paving footings and working on plumbing and electrical and he expects them to pour slabs within two to three weeks.

Also, the softball field, which is now inaccessible, will be ready in time for the season.

Finally, newly elected board Vice President Mike Waters voiced concern about lighting at football games and said something would have to be done before next season so that more lighting was available for patrons to travel safely back and front to their vehicles.