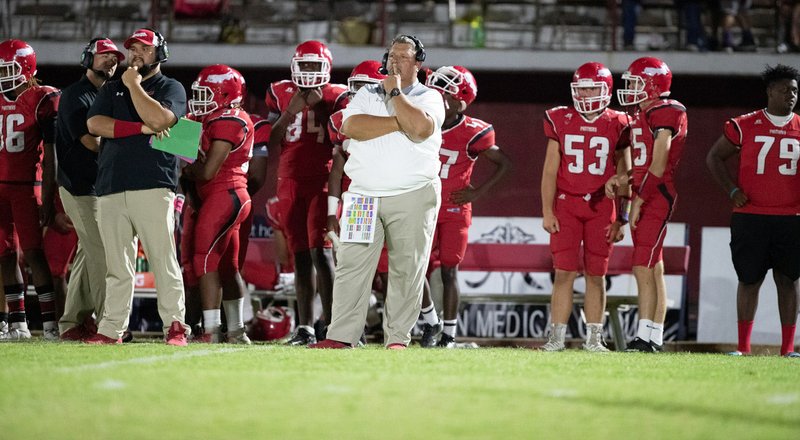 “We didn’t play well and we were flat. We turned the ball over way too many times and must find a way to correct that,” said head coach Mark King. The Panthers, who lost five fumbles for the second consecutive game, fell to 2-3 overall and 0-2 in 5A-South Conference play.

The Panthers fumbled three times in the first quarter alone and the Rams turned two of them into scores. They dropped the ball on the second play of the contest, which led to a Hot Springs Lakeside 14-yard touchdown pass from Will Ross to Logan White, making it 6-0.

Four plays into its second possession, Magnolia committed another fumble that was recovered in the end zone by Chase Norwood, pushing the score to 14-0 after a two-point conversion. The Rams went up 28-0 after a 36-yard TD pass from Ross to Chase Cross and a scooped fumbled for a 6-yard touchdown by Nasin Cook midway through the period.

Ross and Cross hooked up again early in the third quarter on an 11-yard strike, making it 42-7.

Midway the third period, with the mercy rule in effect, Braelyn Beasley scored on a 23-yard run to make it 42-14. He also scored from eight yards out in the fourth quarter to make it 42-21.

“We gave them three scores quick right there in the first half and down 21-0 before we knew what was going on,” said King.

“I didn’t have them ready to play and ultimately that my fault. We have to go back to the drawing board and get back to basics,” he said.

The Panthers will travel to Camden Fairview on Friday.