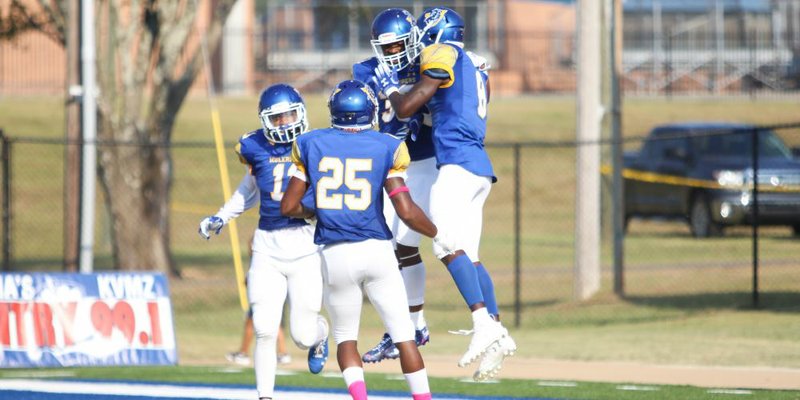 The Muleriders moved to 4-1 on the year Saturday with home win over Southwestern Oklahoma. - Photo by Southern Arkansas University

“We can enjoy this one for now, but we have get ready for the next one,” said Muleriders’ head coach Bill Keopple. His team will take a long trip to Alva, Okla., for a 2 p.m Saturday game against Northwestern Oklahoma State.

Keopple said he thought his Muleriders (4-1, 4-1 GAC) battled hard against a good team that nearly upset No. 6 and unbeaten Ouachita Baptist the previous week.

“I really don’t have any complaint on what we did. There were some areas of concern and this was an emotional win in several ways,” said Keopple.

Quarterback Hayden Mallory had a solid day, going 14-of-17 for 226 yards and two touchdowns. It was his 29-yard strike to Jared Lancaster at the 10:09 mark that started the scoring. Austin Wilkerson added the PAT to make it 7-0. Early in the second, Mallory and Lancaster hooked up again from 26 yards out to make it 14-0.

Small finished the night with four catches for 102 yards.

The Bulldogs managed to get on the board before half-time when Marr threw a 12-yard strike to Jared Raybuen. A failed two-point attempt left the score at 28-6. Early in the third, Marr threw a 17-yard pass to make it 28-13.

SAU’s final scores came in the final quarter. Following three double-digit runs by Kor’Davion Washington, he crossed from the 3 to make it 35-13. After an interception by Stacy Lawrence, Washington scored from the 2 to make it 42-13.

Washington finished the day with 88 yards on 18 carries, while Lawrence led in tackles with seven.