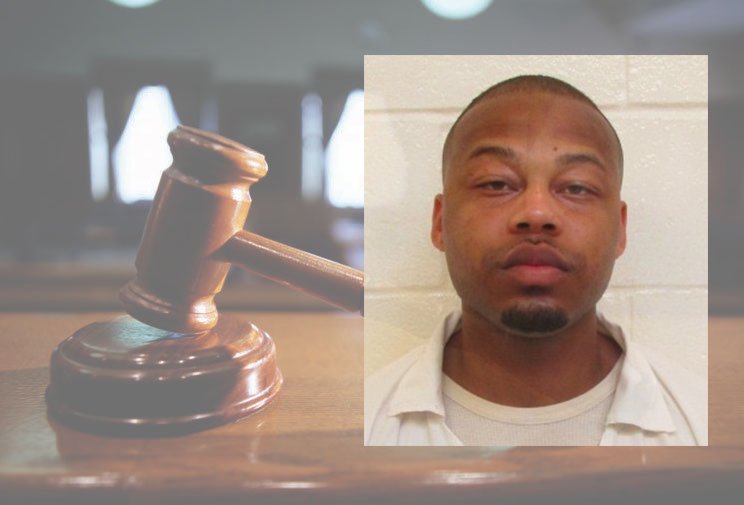 The first-degree attempted murder charge against Oshay D. Witcher, 27, of Magnolia has been dropped in an alleged March 2018 shooting incident in Waldo. His trial has been tentatively set for the fourth week of January.

A first-degree attempted murder charge facing a Magnolia man has been dropped after the state indicated it could no longer pursue the felony count against 27-year-old Oshay Dezaron Witcher.

Extensive details were not issued by Deputy Prosecutor Ryan Phillips in court, only saying that the state was dropping the harsh charge against the defendant.

“After further investigation, it appears we are not going to be able to move forward with the attempted murder charge,” he said as he addressed the court.

The attempted murder count — a Class Y felony that potentially carried 10-40 years or life in prison if convicted — was the most egregious charge against Witcher. He is also facing felony counts for terroristic act, aggravated assault, and possession of a firearm by a previously convicted felon stemming from an alleged March 14, 2018, incident in Waldo that was said to have involved gunfire.

According to a Columbia County Sheriff’s Office probable cause affidavit, Witcher was the aggressor in a violent episode that sent a woman to the hospital after multiple gunshots were reported on S. Lee Street. The victim, police said, sustained injuries to her left temple but survived. The shooting reportedly stemmed from an argument earlier in the day over a wager.

The affidavit claimed that Witcher was involved in a $100 basketball game on March 14, 2018, where the defendant and two other men engaged in an argument after the defendant was on the wrong side of the outcome.

“[The victim] stated that they left and went on Lee and West Street in Waldo to play video games for a wager as well,” the affidavit later said.

Shortly thereafter, it was reported that Witcher “came at” a vehicle that contained the victim and one of the basketball game players saying, “Y’all think y’all hard” and began shooting.

Court records state that doctors collected metal fragments from the victim’s left temple and that 9mm and .380 shell casings were found at the scene.

Witcher was arrested on May 9 and booked into the Columbia County Detention Center.

With attempted murder now off the table, Phillips indicated that further felony charges, based on additional evidence in the case, may still be pending for the defendant.

“There are some remaining counts outstanding,” he said.

Witcher’s attorney, Jack Kearney of Little Rock, last week stated that, with a revised plea offer from the state, he and his client would need until December to mull it over.

Phillips had no problem with the delay but requested that Judge David W. Talley set a trial since the matter had already lingered this long. The jury proceeding was tentatively scheduled for Jan. 22, 23, or 24.

Witcher is next set to appear in Columbia County Circuit Court on Dec. 5. He is currently held at the Arkansas Department of Correction as his case plays out.

Witcher, according to ADC inmate records, was prior convicted for attempted murder-first degree in a 2008 case and was convicted for a controlled substance possession-delivery charge in 2016. He was sentenced to 15 years in prison for the former count and issued 10 years probation on the latter. Due to the alleged charges from 2018, the defendant is also facing revocation of probation.

In other court news:

Megan Lei Tarpein pleaded no contest to domestic battery-second degree. Her plea was taken under advisement by the judge and she will now be evaluated for the Alternative Sentencing Program. Should she complete the program, her record will be sealed and the charges dropped by the state. The defendant was initially hesitant to take to the state-offered deal, indicating at first to her attorney, Public Defender Jessica Yarbrough, that she wanted to go to a jury trial. After a brief discussion and break, she later came back to court and pleaded no contest, or nolo contendere, instead of guilty. The state accepted the plea and said the prosecution’s proof showed that she caused injury to her 88-year-old grandfather and that photos and statements from her grandfather and another witness would have been used against her in a jury trial.

Jody Mallory pleaded guilty to terroristic threatening-first degree and fleeing. He was also charged with kidnapping, but the count was dropped as part of a state-negotiated plea deal. He was sentenced to five years probation. The charges stem from a Feb. 25 high-speed chase incident, that included threats made to his wife, from Magnolia to Waldo. Prosecutor Ryan Phillips said Mallory had undergone extensive treatment at Veteran’s Affairs and hoped to resolve the issue by pleading guilty. He was also present Thursday in court with a service dog.

Brent Miller Sprayberry pleaded guilty to two counts of residential burglary, theft of property-firearm, possession of a firearm by a certain persons (felon), and habitual offender. He was sentenced to five years ADC, 20 years SIS and 15 years SIS. The sentences will run concurrently with his previous revocation.

Traveon Devonte Christopher pleaded guilty to possession of a firearm by certain persons (felon). He was also charged with driving while license canceled-suspended or revoked, but the charge was dropped as part of a state-negotiated plea deal. He was sentenced to six years SIS.

Antonio Deon Jamerson pleaded guilty to possession of a firearm by certain persons (felon), felony fleeing by vehicle, and habitual offender. He was also charged with possession of marijuana, possession of an instrument of crime, reckless driving, driving while license canceled-suspended or revoked, insurance required-minimum coverage, DWI-first offense, and refusal to submit to a chemical test, but those counts were dropped as part of a state-negotiated plea deal. He was sentenced to an effective term of five years ADC and 10 years SIS.