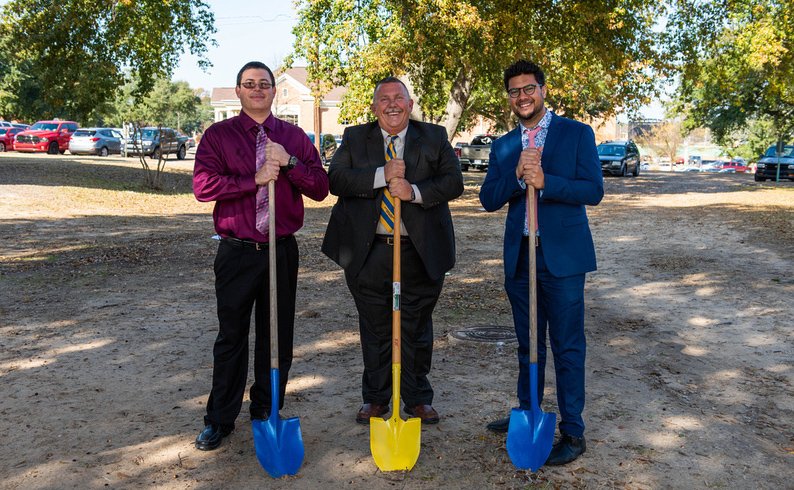 Southern Arkansas University took great strides toward meeting the needs of current and future students by breaking ground for one new building and an expansion for another on Monday, November 25, 2019.

Dr. Trey Berry, SAU president, along with faculty and members of the University’s Board of Trustees, used blue and gold shovels to symbolically break ground for the expansion of the Richard O. Oliver Band Hall and the new one-story Education Building to be constructed between the Wharton Nursing Building and Blanchard Hall.

At the ceremony for the new Education Building, Dr. Berry spoke about how excited he is for the College of Education to get a new building. He also referenced the growth he has seen in the College’s enrollment.

Dr. Bloss also spoke, calling it a “great day to be a Mulerider.” She said the new Education Building will have state-of-the-art teaching tools in its classrooms.

Dr. Berry noted that putting all education programs together under one roof will be beneficial to students as well as faculty. The new building will house the entire College of Business as well as the planned doctoral degree program. 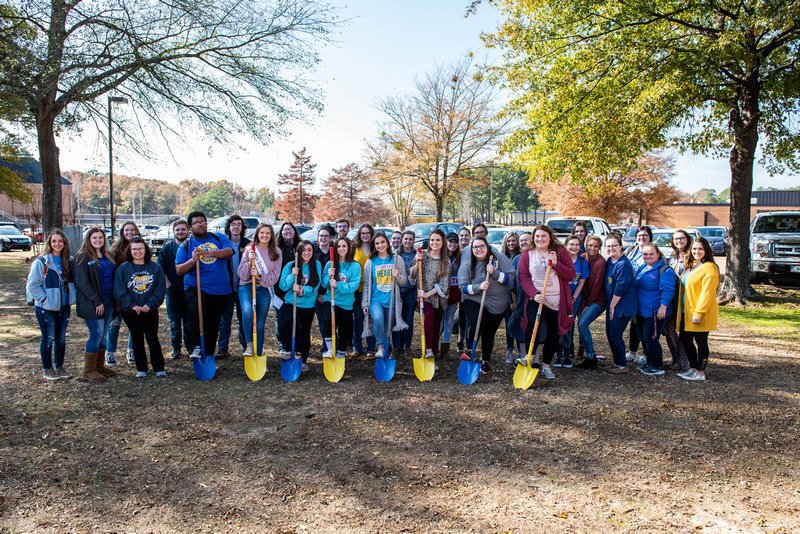 Plans call for the rehearsal hall to be increased from 3,264 square feet to 6,632 square feet, with 52 additional feet that will include new practice rooms. The extension reflects the surge in enrollment that has had a positive impact on the band and SAU overall. The band this year has about 160 members.

The west side of the building will be extended toward Dolph Camp, providing space for decades to come. “What we are going to have here will be staggering,” said J.P. Wilson, director of bands.

Those attending the groundbreaking ceremony for the rehearsal hall expansion included Dr. Helmut Langerbein, dean of the College of Liberal and Performing Arts; Michael Britt, director of percussion; David Torres, director of athletic bands, and other SAU officials as well as band students.