Muleriders to play in Heritage Bowl 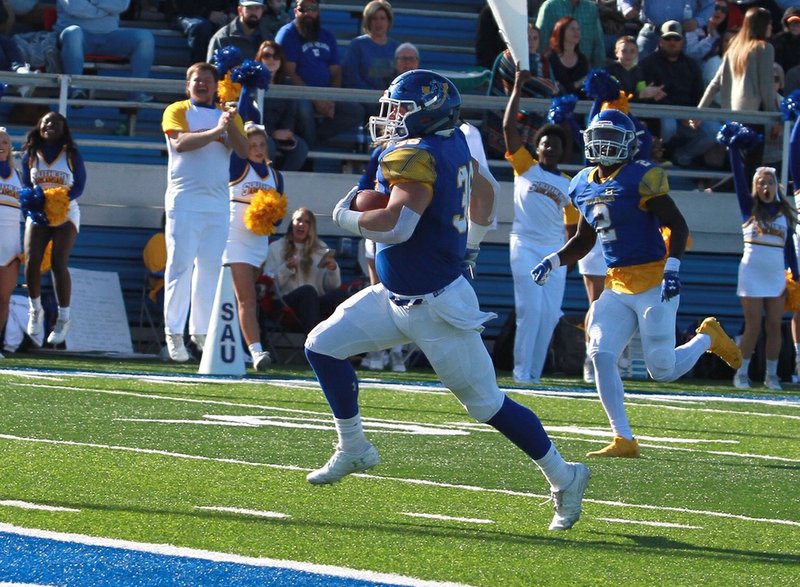 Bill Keopple and the Muleriders (8-3) have accepted an invitation to play in the Heritage Bowl on Saturday, Dec. 7 at Corsicana (Texas) Independent School District Tiger Stadium. Kick-off in the third annual event is scheduled for noon and will match the Muleriders against Lone Star Conference representative Eastern New Mexico (7-4).

The matchup was made official during a web conference on Tuesday afternoon. Tickets for the game are $10 each.

The Heritage Bowl, formerly known as the Corsicana Bowl, is in its third year and stands as one of only four NCAA Division II sanctioned bowl games. The two participating teams consist of schools competing in the Lone Star Conference (LSC), Mid-America Intercollegiate Athletics Association (MIAA) and/or the Great American Conference (GAC).

The Muleriders (8-3, 8-3 GAC) won seven of their first eight games in 2019 and capped off the regular season by reclaiming the Battle of the Timberlands Trophy last Saturday. At stake for Southern Arkansas in central Texas is the program’s ninth nine-win season all-time, first since 2016, and the first postseason victory since a 41-31 win over the Mexican All-Stars in the 1990 Aztec Bowl.

The bowl selection marks just the second time in program history that the Muleriders have made consecutive postseason appearances after playing in bowl games in 1947 and 1948 as Magnolia A&M.

The Greyhounds (7-4, 4-4 LSC) won seven games for the third time in the last four years courtesy of back-to-back wins over Angelo State and Western Oregon to close out the regular season. Eastern New Mexico finished fifth in the highly-competitive LSC.

The matchup will be the first between SAU and Eastern New Mexico on the gridiron.

Tiger Stadium in Corsicana seats about 10,000 fans and is part of a sports complex that started with a $44.5 million bond project that was passed in 2004. In 2006, Corsicana High School lost to Waco in the first high school game played at the stadium.

The venue is also home to the Navarro College Bulldogs, who also played and lost their first game in the facility in 2006. The first Corsicana Bowl was held in 2017.

SAU has a five-game losing streak going in postseason events. Last season, they fell to Missouri Western 30-25 in the Live United Bowl and 24-17 in 2016 to Texas A&M-Kingsville in the same event. McMurry beat them 36-35 in the CHAMPS Heart of Texas Bowl in 2013; they fell 48-28 to North Alabama in the first round of the 2003 NCAA Division II playoffs; and lost 10-6 to Albany State during the 1997 playoffs.