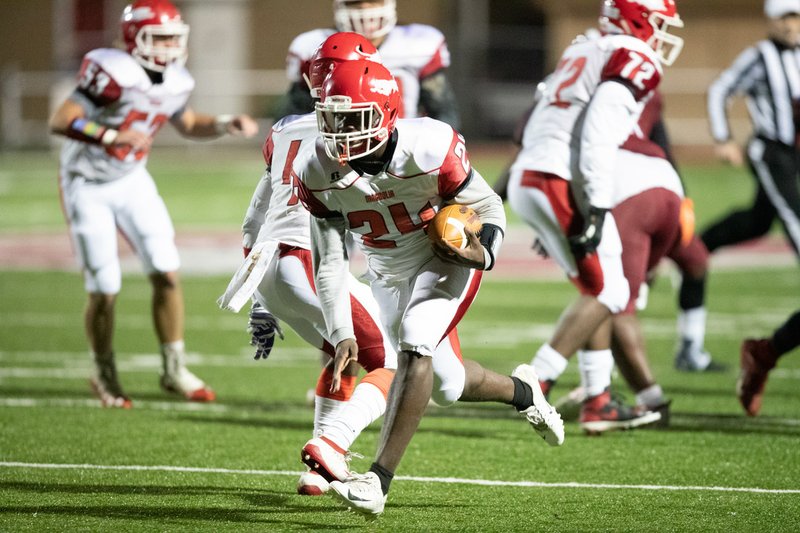 According to Magnolia head coach Mark King, anything can happen in the playoffs.

“We tell our kids that there are three seasons in football, and we are now in that third season. Anything can happen when you get to this point,” said the first year Panther head coach.

Regardless of the opponent, King said he always prepare for every team like it’s the best they will ever play. For the past two decades, Pulaski Academy Bruins has been one of the best.

The Bruins average 56.8 points per game and have scored 60 or more points in eight games this season.

During its season opener, they outscored Springdale Har-Ber 84-68. Their losses were 61-47 to Tennessee-Ridgeway and 63-61 to conference rival Little Rock Christian.

In 2016, the Panthers and Bruins met in the first round with Magnolia falling 49-21.

Finishing the regular season with five consecutive wins, the Panthers (7-3, 5-2) will represent the 5A-South Conference as the No. 3-seed and will play at Pulaski Academy (8-2, 6-1) Friday night in Little Rock. The Bruins are the second seed team from the Central and ranked third in Class 5A and seventh overall.

“We are happy to be where we are and fortunate to be playing at this time of the year,” said King. “We just have to come out, take care of the football like we’ve been doing lately and play our game. Everything else will take care of itself.”

“We got off to a slow start, no matter how you try to prepare and tell kids that every team is going to play hard. It’s hard to get players up for a team that’s won only one game,” explained King.

On the Panthers’ first possession, senior quarterback Braelyn Beasley’s second pass was intercepted. Two minutes later, he was injured and out for the rest of the game after his head hit the turf during a tackle.

Backup quarterback Tanner Nielsen came in and guided the Panthers to the end zone, which ended with him throwing a 22-yard strike to Sid Hampton to make it 7-0. After recovering a fumble on the ensuing kickoff, DeRaylen scored from the 23 to make it 14-0.

Javorrea Murphy had four straight carries on the next possession and his 15-yard run put Magnolia up 21-0. The Panthers threatened again before the half, but came up short on a fourth-and-goal at the 1 with 36 seconds left.

Hope’s Jarod Hamilton had a 3-yard scoring run to make it 21-7 midway through the third period, but Shawn Bell answered with a 24-yard TD run to make it 28-7. Kendrick Carey scooped up a Hope fumble and returned it 50 yards to make it 35-7 late in the third.

Magnolia’s final score came when Williams scored from the 4 to make it 42-7 early in the fourth quarter. On the drive, Williams had runs of 11, 19 and 22, while Nielsen broke loose on a 27-yard run.

The game’s final score came on a 33-yard touchdown pass by the Bobcats, making it 42-14.

“Overall, I was proud of the way everyone stepped up. Tanner jumped in and did a good job. “Our motto is next man up. Again, we had some 9th graders get into the game and they are getting a feel of what’s it’s like to be out there,” stated King.