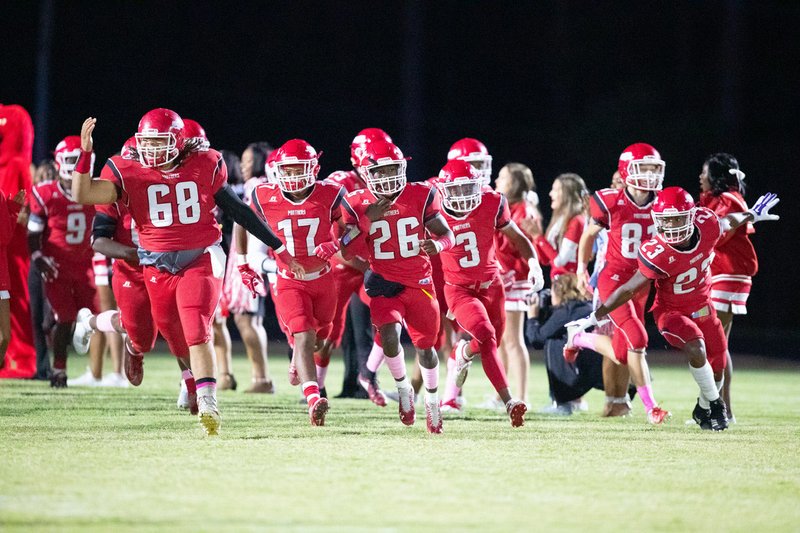 With the regular season coming to a close tonight, the picture is still unclear as to which four teams will represent the 5A-South Conference in next week’s Class 5A state football playoffs. There is a potential for five teams to share the league title, but only four will advance to postseason play.

“We just want to take care of what we can take care of,” said Magnolia head coach Mark King. His Panthers will play at Hope and a victory over the 1-8 Bobcats should give them a third or fourth seed slot in the playoffs. A loss could result in the season being over.

Right now, Magnolia, Texarkana, Hot Springs and Camden Fairview have identical 4-2 conference records. Hot Springs Lakeside is leading with a 5-1 mark. If all the 4-2 teams win tonight, that would leave Lakeside with a 4-2 record and the conference championship would be shared by five teams.

If that happens, the four playoff spots would be determined by head-to-head competition and points.

The Panthers have the head-to-head advantage over Hot Springs and Camden Fairview, after beating them this season. They will be a heavy favorite over Hope, who has given up 50 or more points in its eight losses.

Hot Springs, with losses to Magnolia and Camden Fairview, needs to defeat off Hot Springs Lakeside tonight to keep its chance alive. Arkansas High, who fell to Hot Springs and Lakeside, should have no problem securing a playoff spot against winless De Queen.

Camden Fairview, with losses to Magnolia and Lakeside, will be play at Little Rock McClellan and have a tougher time earning a playoff spot.