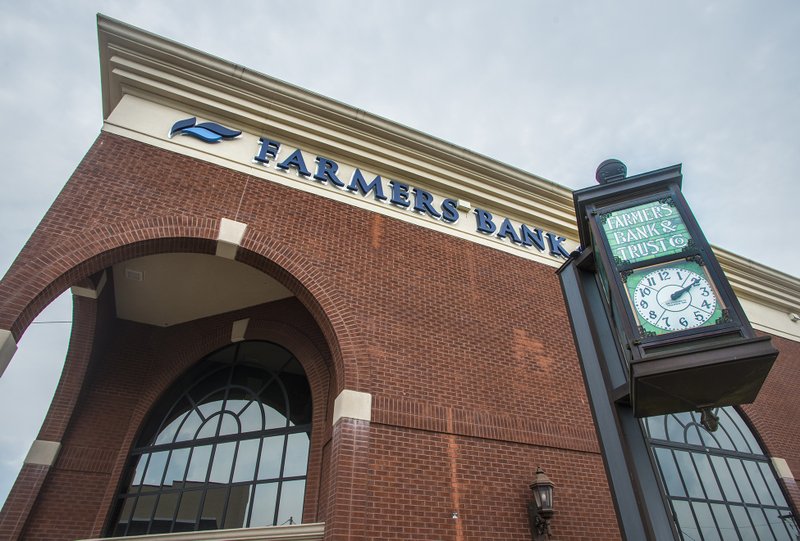 Farmers Bank & Trust announced Friday that it has acquired Bank of Prescott in a merger. The deal now gives the Magnolia-headquartered, privately held bank, nearly $1.7 billion in total assets. - Photo by J.D. Bailey

Farmers Bank and Trust has acquired Bank of Prescott by way of a merger.

Announced Friday through an FB&T statement, the Nevada County- and Columbia County-based institutions are now one. The move comes as Farmers Bank expands its reach throughout the state.

“Farmers Bank & Trust is excited about the opportunity to serve the community of Prescott,” said Chris Gosnell, chief executive officer of Farmers Bank. “Upon completion, this transaction will present a good opportunity to continue our financial services expansion in Arkansas along the I-30 Interstate corridor.”

Although the deal was announced officially Friday, the merger approval order was filed Oct. 11 by the Federal Reserve System.

Farmers Bank and Bank of Prescott were previously direct competitors in the Hope market, according to the filing. One matter addressed in the merger hinged on the potential competitive imbalance in the market that could come about by the combination of the two banks.

“On consummation of the proposal, Farmers Bank would remain the largest depository institution in the Hope market, controlling approximately $176.2 million in deposits, which would represent approximately 42.6 percent of market deposits,” said the 17-page Federal Reserve Board approval order.

Ultimately, though, the Federal Reserve concluded that even by the merging of two direct competitors, Hope residents would still have enough other choices for their banking needs.

“Although consummation of this proposal would eliminate one existing competitor, the Hope market would continue to be served by seven depository institutions,” the approval filing said.

The U.S. Department of Justice, after conducting its own review of the potential merger, also agreed with the Federal Reserve.

“…Consummation of the proposal would not likely have a significantly adverse effect on competition in any relevant banking market, including the Hope market,” the filing stated. “In addition, the appropriate banking agencies have been afforded an opportunity to comment and have not objected to the proposal.”

Farmers Bank, even after the deal, remains as the 508th largest insured depository organization in the United States, with over 20 locations in Arkansas and Texas. It was founded in Magnolia in 1906. Bank of Prescott began business in 1904.

“This transaction allows us to partner with a strong community bank that is focused on providing great customer service with a deep commitment to the communities where it operates, and a great place for employees to perform and advance,” John Brannan Jr., chief executive officer at Bank of Prescott. “We look forward to working with the management team of Farmers Bank & Trust to make this a smooth transition for our customers and employees.”

According to Friday’s news release, Farmers Bank will convert all Bank of Prescott accounts to Farmers Bank & Trust during the weekend of Saturday, Dec. 7. Customers of Bank of Prescott can expect to receive specific details regarding the conversion process well in advance of any changes. Until the conversion is complete, customers of both banks will continue to conduct business as usual at their bank locations.

“Bank of Prescott customers should continue to use their same checks, debit cards, and online banking services. If customers have questions, they should contact their local office,” the statement said.