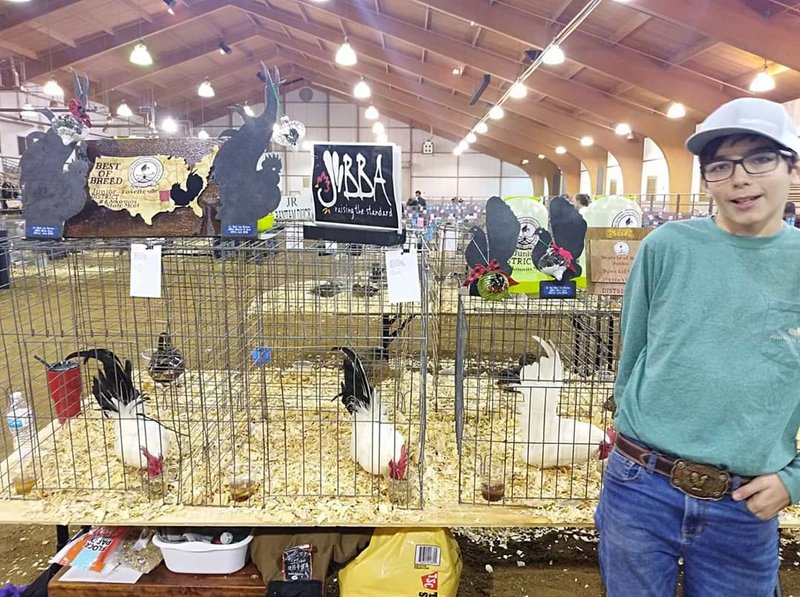 Caleb Ezernack, a seventh-grader at Taylor Middle School, recently won a variety of ribbons at the Nov. 1 Heart of the Ozarks Poultry Show in Fayetteville.

He began showing Japanese Bantams less than a year ago, according to his family. He purchased his first birds from Tom and Linda Chandler from Freedom, Indiana, who continue to mentor the Taylor student.

At the Fayetteville show, Ezernack competed with in the Junior Show division. He was also asked to be the first District 6 Junior JBBA Junior Liason.

“This is an honor that Caleb was extremely proud to accept when asked by District Representative Danny Hughes from Texas,” said a statement from Ezernack’s family. “He will be responsible for promoting the breed, representing the Japanese Bantam Breeding Association, and encouraging our youth to show, breed, and develop this beautiful little bird. He will be working closely with Jennifer Robertson, also from Texas, as part of a mentoring program in hopes of getting more youth involved with Japanese Bantams.”

Stan and Claudia Ezernack are also supporters of Ezernack’s hobby of raising chickens.