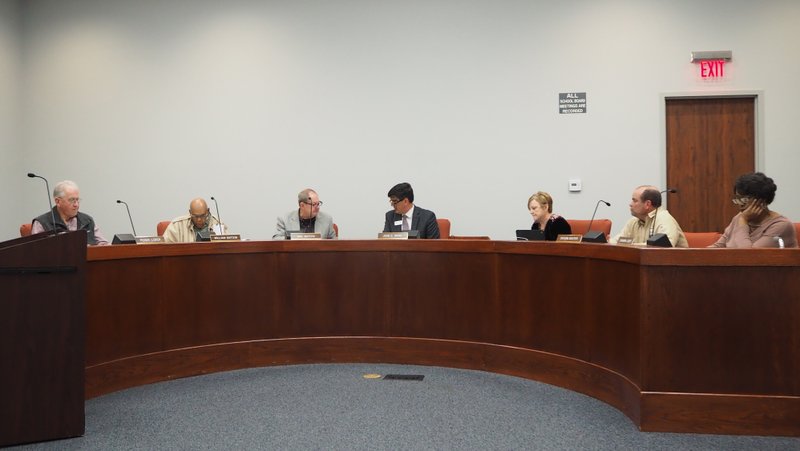 In what was a brisk meeting Monday night, construction updates at the high school’s campus were one of the primary topics of discussion for the Magnolia School board of Education. Two of the largest current projects -- a new Ninth Grade Academy at the campus’ southern end and a new performing arts center at the northern end -- were the focus.

“The ninth grade is in progress,” said John Ward, superintendent at Magnolia Schools. “They’re getting close, but I just don’t see how it will be completed by December.”

The build was initially planned to be built in time for a mid-year student move over the Christmas break but that is now is highly unlikely as Ward predicts the new finish date on the building could be February 2020.

“In that case, we would not want to move our kids over in the middle of the semester,” the superintendent added.

With the end of the year approaching and a December move for students from the Magnolia Junior High campus now in question, the school head noted that a construction meeting was scheduled for Tuesday to further address the needs of the ninth grade project.

“We need to get materials ordered, and furniture is already scheduled to be delivered for the first week of December,” Ward said as he addressed the Board. “[The builders] need to know if they need to reschedule their installers.”

For the performing arts center, the concrete slab for the roughly 1,000-seat, estimated $7.5 million building project is on track to begin this week with a few sunny, mild days forecast. But Thursday could again bring rain and hinder the schedule.

In closing his remarks this week, the superintendent bragged on East Side Schools and their program called Panther Partners. The program began with local first responders greeting schoolchildren as they made their way to school once or twice per week, but it has now blossomed into an almost daily occurrence.

“Nearly every day of the week now, they’re out there reading to the kids and greeting them,” Ward said. “The emergency services – firemen, police, ambulance – were in classrooms with the kids and building those relationships.

He later added: “It has just really taken off and blown up into quite a good thing for East Side and marketing.”

In other school board news:

Substitute teacher rates were approved for increase beginning Jan. 1, 2020. The move comes amid a state-mandated minimum wage increase set to take effect next year. The school is increasing the pay, which was not specifically stated Monday in the meeting, to fall in compliance with the wage hike. Jobs at the school system that earn minimum wage will also increase to the new rate. Ward noted that the school system is still one or two substitute teachers short each day, but that Magnolia is comparable to surrounding districts.

There will be a training session for those seeking the substitute position on Nov. 18.