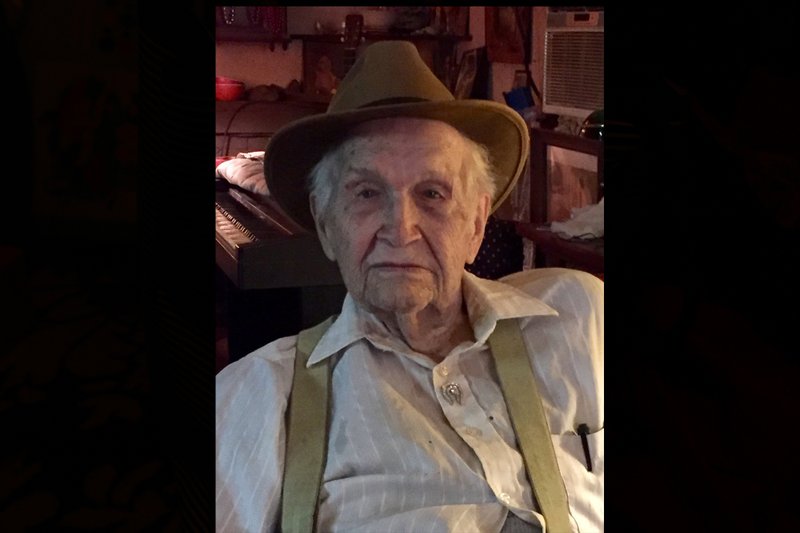 The building that once housed his Dodge and Plymouth dealership in Lewisville later served a more personal function, such as giving his grandsons a place to romp on days when they had been left in his charge. Those days have been gone for quite some time, too. Now the building that once housed new cars and later provided a place for his grandsons to play is vacant except for an area at the back that was walled off to create a nice size room only a few feet from the back door of his residence.

“This room is my hangout,” said Christie. “My wife doesn’t like for me to smoke my cigars in the house. So when I get up every afternoon, I go to my room. I stay out in my room playing solitary and watching TV most of the night. Then, around 3 a.m. or so, I go back into the house and go to bed and then I sleep until afternoon when it’s time to get up. I sleep when most folks are awake and I am awake when most people are asleep.”

He continued: “Every other Saturday night I play poker with my friends from Stamps. They’re all boys under 70. We go to a place called The Chicken Pen, which is a deer camp. We play until two or three in the morning. My friends, get sleepy.”

“Oh, it’s just a friendly game,” he added, “not much money involved, but we go for the throat. It wouldn’t be fun if we didn’t go all out to win. I learned to play poker at the age of eight from my mother’s brothers at Christies Chapel, a small community south of Magnolia where I was born. I remember one of my uncles telling my mother once, that damn boy has ‘broke’ me again.”

According to Christie, his family moved from Christies Chapel to the river bottom, 9 miles south of Bradley, when he was still young.

“My dad started a store there near a saw mill and I remember coming home from school one day and seeing two men raising a couple of long poles high in the air,” he said. “There was a wire line running from one to the other at the top. I was curious and ask my dad what was going on. He said, ‘Son I’ve been reading about a new device that’s on the market, and I want one. The thing’s called a radio; that wire will be the antenna that’s required.’”

“My daddy bought that radio,” he added. “It was powered by a battery. On weekend nights, people would come from all around to listen to the thing. I remember one program we enjoyed listening to featured a piano player by the name of Snodgrass. We loved listening to his music. That possibly contributed to my learning to play the piano. I’m nothing special but I still enjoy playing.”

“Later we moved to the town of Bradley. Daddy had decided that he wanted to put in a movie theatre, but there was no electricity in Bradley, so daddy bought a big old motor and a generator, which we called a dynamo back then. It was something he had to have if he was going to put in a theater. It took some work, but daddy built his theatre. He built a slope about 20 yards long and 5 yards wide, on which the seats would be placed, with the highest end about four foot above ground. The rows of seats started at the bottom in front of the big screen and graduated upward so each row of patrons could see over the heads of the patrons in the row directly in front of them.”

“The projectors were stationed in a booth behind and above the back row,” he added. “Of course walls were built to house the theatre. Once the movie business was under way I started a business of my own. I sold peanuts to the patrons in the theatre. I bought peanuts in huge sacks from grocery trucks that called on the merchants in town. My mother would parch a bunch of them every week for me to sell. Later, I began to sell them on the street as well as to the movie patrons. Peanut hulls could be seen all over the streets of Bradley most any time.”

The movie theatre was not the only thing that was served by the generator. An electrical wire was run to places of business to provide light. The owners were charged $1 per month per light bulb. Some of the establishments had as high as three light bulbs and paid an amazingly high light bill of $3 a month.

Christie continued: “Later, when I was old enough, I joined the Navy and served for four years. Then after my stint in the Navy, I worked for the federal government in New Orleans. New Orleans was a great city for music lovers. I loved the jazz and boogie-woogie piano music. There was one club that I particularly liked. There were two black piano players with their pianos back-to-back playing boogie- woogie. I went there often and finally became friends with the two musicians.”

“Years later,” he added, “after I had come to Lewisville and had established a car dealership, these two old friends paid me a surprise visit. I don’t know how they found me, but I was glad to see them. They told me that they still lived in New Orleans but they no longer played in the clubs. They said they came up this way now and then going to Hot Springs to the horse races. I asked them if they’d drop by again and play some piano music with me. They said they’d enjoy that. I already had one piano in my hangout so I went out and purchased two more. From time to time they dropped by and we’d do a threesome on the pianos. Some of the town folks started coming by to listen. People would be sitting all around. Then time passed and I hadn’t seen these two in a long while. Finally, I learned that they had both passed away, which has happened to most of my old friends.”

The Dodge-Plymouth dealership was not the only enterprise that the old business man and gambler had in Lewisville. He once, by happenstance, found himself in the restaurant business.

“I walked into the Palace Restaurant with four friends,” Christie said, “there on main street, to have a bite to eat. I pulled out a flask to take a nip before my meal and the owner walked up and said, ‘There’ll be no drinking in here.’”

“’How much do you want for it?’ I asked. He gave me a price and I bought it. Then I said, ‘I bought this place and everything in it and I have witness.’ He agreed. I said, ‘Get your butt out.’ He said, ‘Let me get my wife’s umbrella.’ I said ‘no, I own that too. Just get out.’ I was then in the cafe business and I did alright with it. I made some money.”

Christie paused for several seconds as if reflecting back, and then he said, “I had a friend back years ago named Willard Griffin and we would bet on anything. We’d bet on which bird would fly out of the tree first. I recall once as I was walking to the bank and coming across Willard on the street. He said, ‘let’s go even-odd with coins for a $100.’ ‘Fine,’ I said. I took Willard’s hundred and went on my way. When I came back through we went again and Willard got his $100 back.”

“I know I’m a lucky man. My wife, Obalene, is 23 years younger than me and she takes good care of me.”

“That’s not altogether true,” said Obalene, “He requires very little help. He does everything for himself. He even makes his own coffee when he gets out of bed, and he still drives wherever he wants to go. The only medicine he takes is for neuropathy. He does have some foot pain. Other than that he seems fit as a fiddle.”

“I guess that’s pretty amazing”, Christie said, “considering the fact that I’ve smoked cigars for over 75 years however I gave up whiskey when I was 80. Obalene asked me why I was quitting and I said, ‘because I’m old, and old and drunk don’t go good together.’ I still love gambling because it’s just something that’s fun for me. I’ve never been afraid of losing. There is an old adage — a scared man can’t gamble and a jealous man can’t work in peace.’”